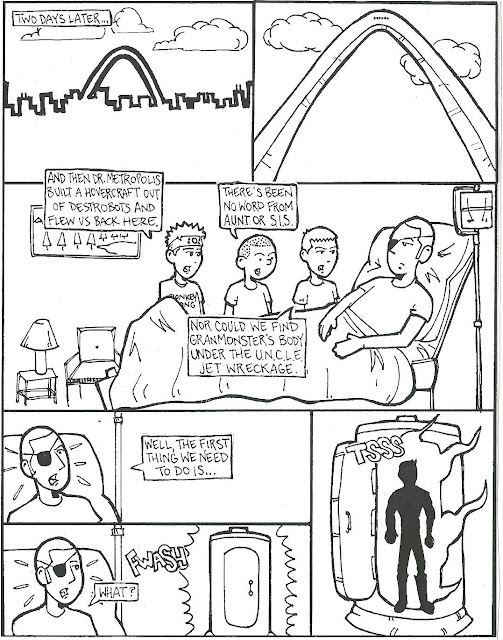 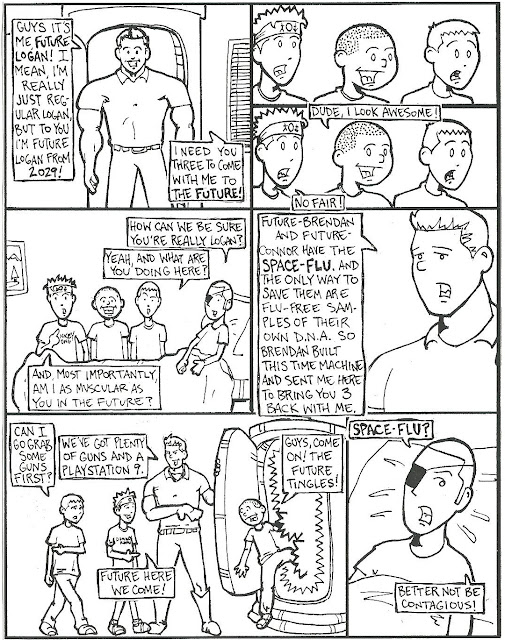 Future Logan's boots are hilarious.
Anyway, I noticed it a couple of weeks ago and again today. I was struggling with finding the individual voices of the boys. I had these character themes (ninja, army guy...) but I had a hard time working out what their fictional personalities were gonna be like.
I ended up with: Brendan is serious and responsible cuz he's the leader. Connor is stoic and dark because he's like a samurai. And Logan is a goof cuz he's a total goof.
Well, most of the Connor dialogue is bad. "It will not bleed. By bullet or by blade." Yeah...
Real-life Brendan had to tell me he thought his character was lame before I realized that he was right. I always made Brendan the uptight/responsible one instead of a fun-loving cool kid.
Logan was the fun one to write. He still is.
I have nailed down the character personalities a bit more these days.
So, no more samurai talk for Connor and Brendan gets to be a smart-ass 24/7.
Which is pretty close to his real-life counterpart.

Next week we journey to the future but it takes place in a garage so it's kinda hard to tell.
Thanks for reading.
﻿
Posted by DougMichel at 8:13 AM