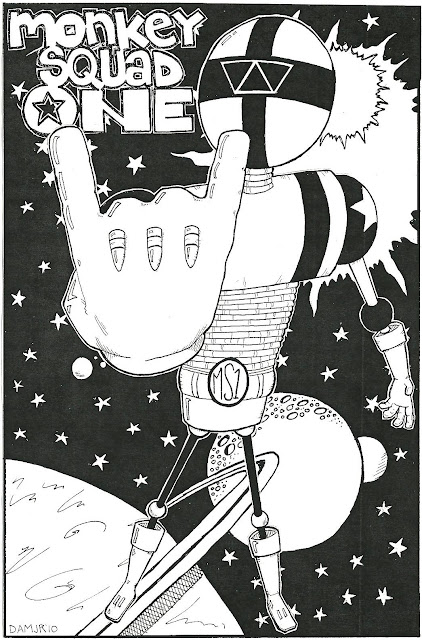 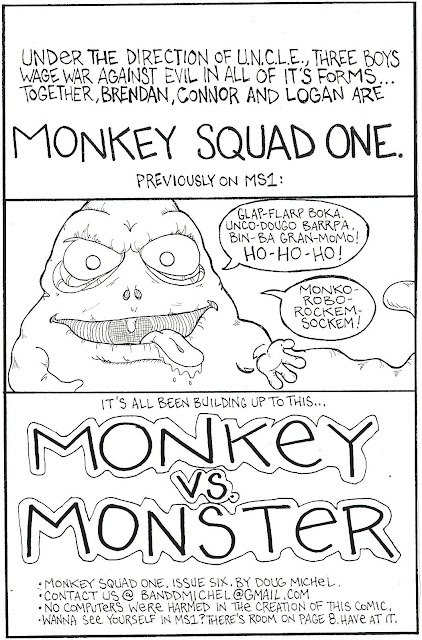 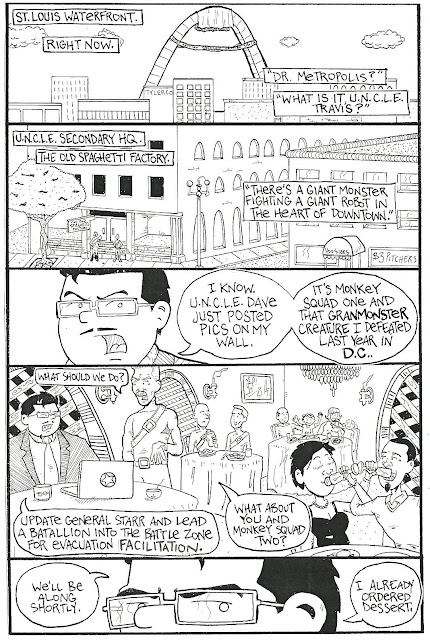 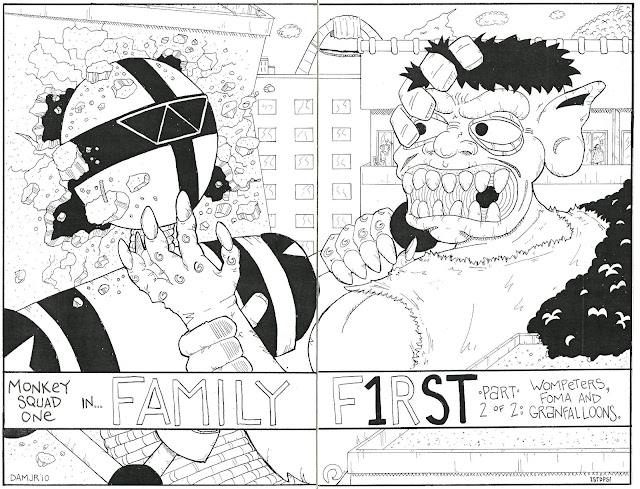 I just published Monkey Squad One #10, like, three weeks ago. So, I don't know how y'all should take it when I say that Issue 6 is my favorite issue.
Because, I don't mean to say that MS1 gets worse after this issue. It actually gets really good after this issue. But #6 is special because it highlights all of the good from the previous issues and wraps up a few story threads. Overall, it's a pretty satisfying conclusion to the first "season" of MS1.
For me, at least.

I felt a little guilty about the lack of information in the"previously in MS1..." Tabba the Hutt gag, but I thought that shit was funny.

The Old Spaghetti Factory is a real place in St. Louis.
I thought it'd be funny if U.N.C.L.E.used it as a secondary base while the Arch was being repaired.
I was right.

Wompeters, Foma and Granfalloons is another Kurt Vonnegut short story collection. Just like last issue, remember?
But how about that double page spread? The first one of the series.
I was pretty pleased with myself.

I really went for it in this issue.
If you are one of the few that has read the series from the beginning, then this issue is for you.
There are fights and jokes and surprises and payoffs.

All the things I love in superhero comics.


(Just scroll down a little bit and click  "Newer Post" and you'll get to page 2!)
Posted by DougMichel at 8:17 PM