Congratulations readers!
You've successfully read the first five issues of Monkey Squad One!
Hopefully.
This post is for you. The fans. You guys rock. Both of you rock equally.
This is stuff too shitty for Monkey Squad One #5. 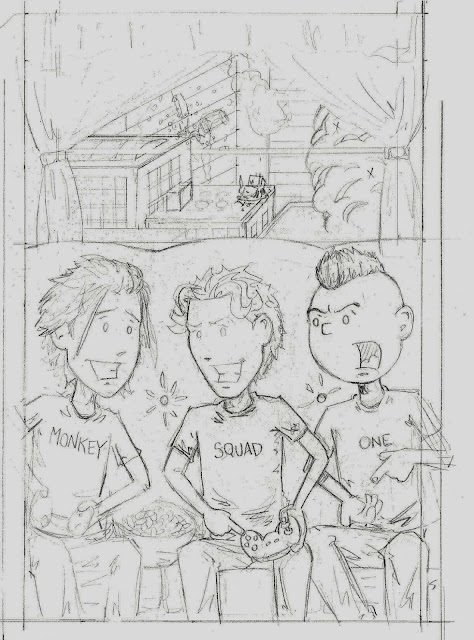 This is the original cover of #5.
I drew it before I wrote the issue. And disliked it right away.
The kids are playing video games while it's raining cars out of the window.
And that's kind of stupid. 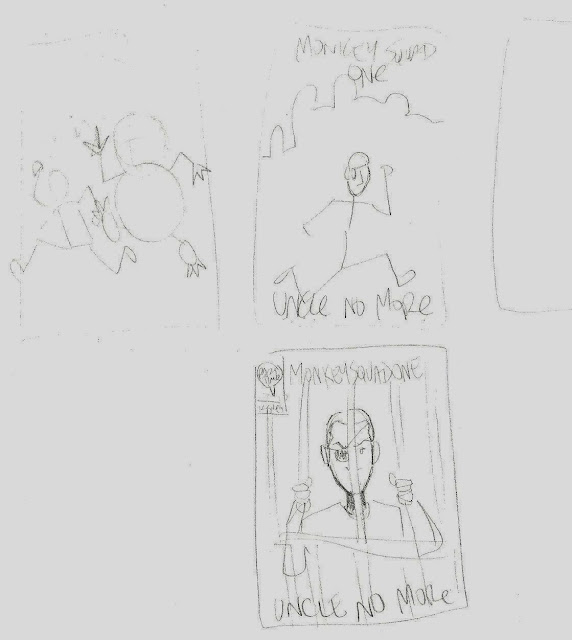 The next 2 pages are from the original, much shittier version of Monkey Squad One #5.
They're pages 8 & 9 and the original story was that the boys were on the run from U.N.C.L.E. that was now run by Dr. Metropolis. The boys were gonna be sniffing around the Arch (U.N.C.L.E. HQ) and come across U.N.C.L.E.S Kevin, Matt & Fred. There was gonna be a confrontation that'd be interrupted by MegaGranMonster and U.N.C.L.E. would have to let MS1 go to save the city.
This first page is a recap via this news reporter based on an old neighbor/family friend Jett Johnson.
It's all exposition and plot catch up and if you can zoom in and read all this stuff then knock yourself out.
This scene was the main reason I dumped the story thread. News reports in comics are stupid and cheap. 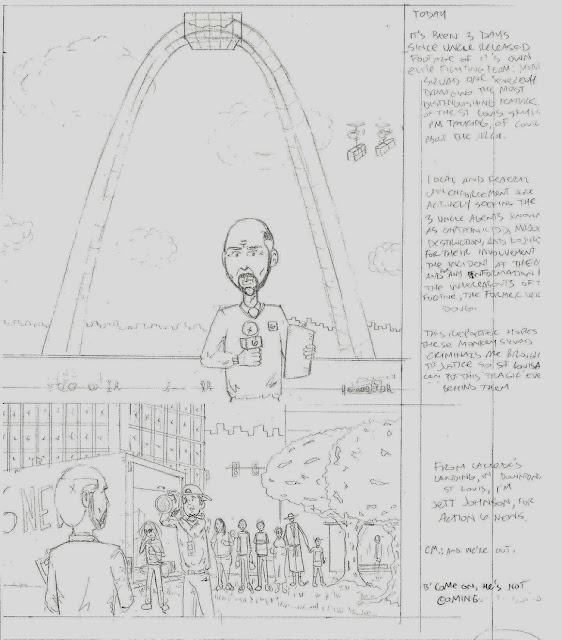 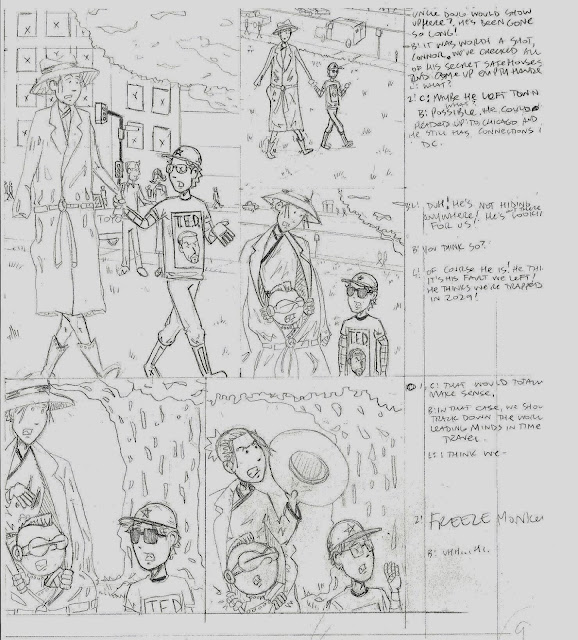 The other reason I dumped the story thread is that I thought up the MonkeyHouse and Monkey Bot One and that shit is much cooler than this crap.
If you wanna compare and contrast, here's the re-written pages: clickity-clack

The next 2 pages are all design sketches for Monkey Bot One. It's all Voltron rip off shit. 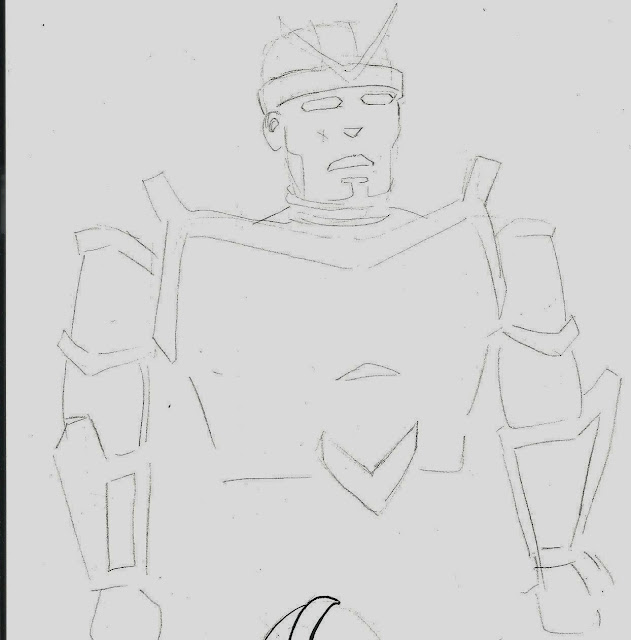 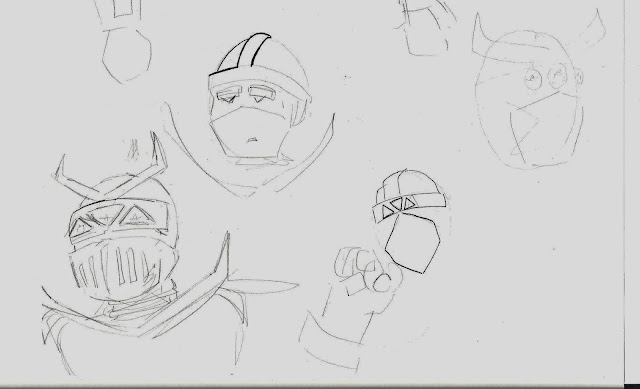 This last sketches are the character designs for the real-life me and my sister Tabitha that appeared in the B4 WE GO page (posted last week). I am fatter and less attractive than this drawing depicts. On the real. 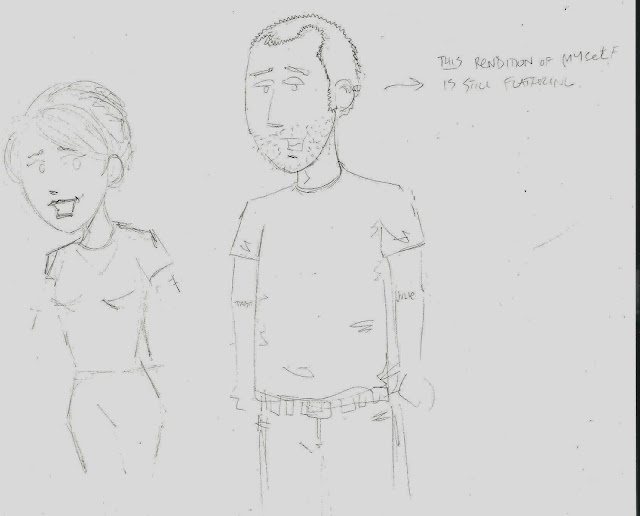 That's it! Thanks for reading five issues of Monkey Squad One!