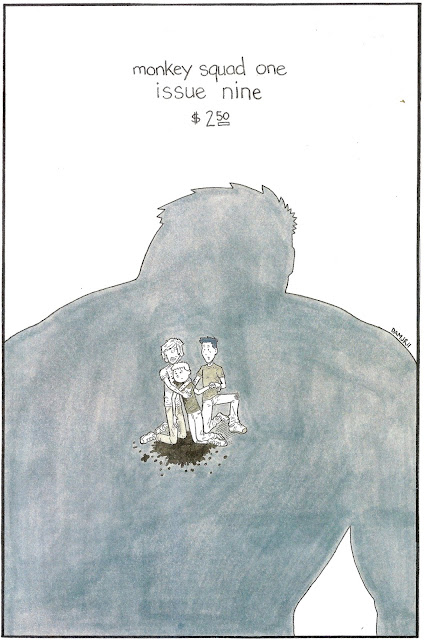 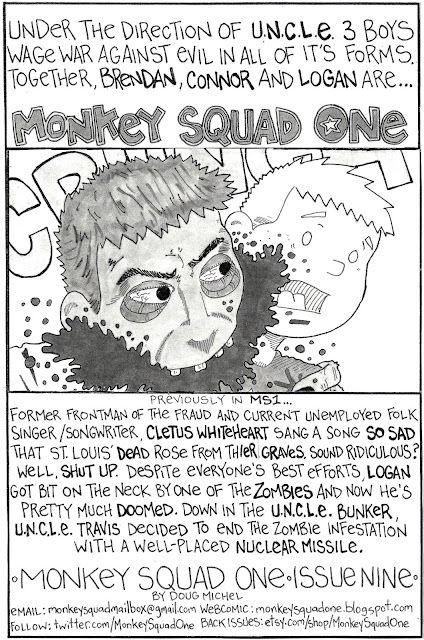 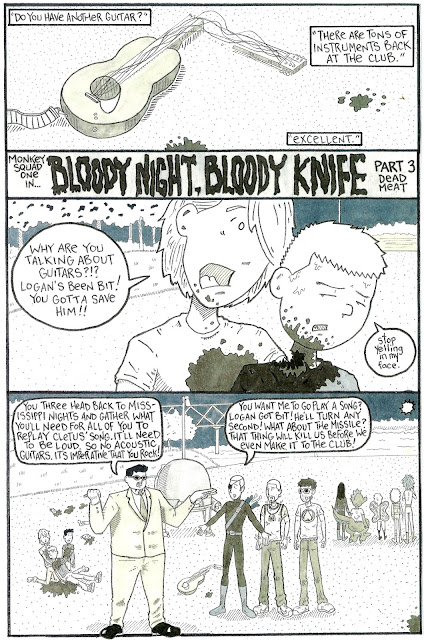 Dude! Issue Nine!
This issue is, as it is said, "all gravy" in my opinion.
I did all the heavy lifting in #7 & #8 and this issue ended up being a ton of fun to make.

I finished this issue in April of 2012, about 6 months after I started this blog & a few months after I joined Twitter. Just to give you a frame of reference.

I remember having doubts about the cover image.
This was always my vision but I was worried that I was settling on my first idea, so I tried a bunch of different stuff before ending up back where I started.

I did the thing where I trusted my comic instincts!
It's one of my favorite MS1 covers!

NEXT WEEK!
We find out who's had super powers the whole time!


To Read An Entire Issue:
Scroll Down, Click Newer Post & You'll Get To The Next Page!
Posted by DougMichel at 8:33 PM