This was the flier I made up for this issue. I have a Dawn Of The Dead movie poster in my living room & when I decided to do this zombie story, I knew I wanted to incorporate that image into this comic somewhere...
On a side note, this was my last flier.
I kinda lost interest. 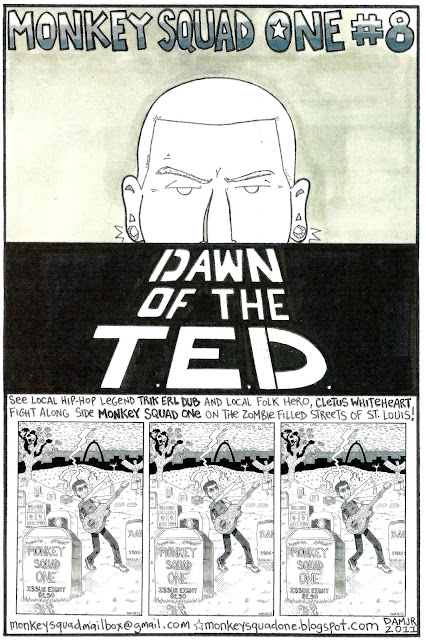 So the following are the standard issue script pages I include in every Special Features segment. Starting with the cover and including the page where Logan gets bit.

As usual, the dialogue here is completely different than what ends up on the page. 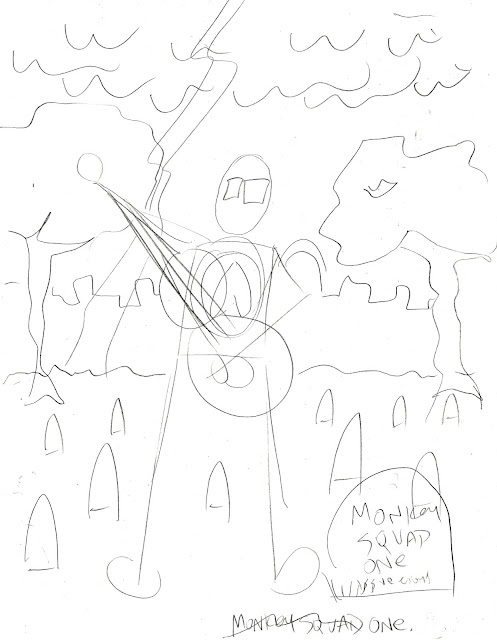 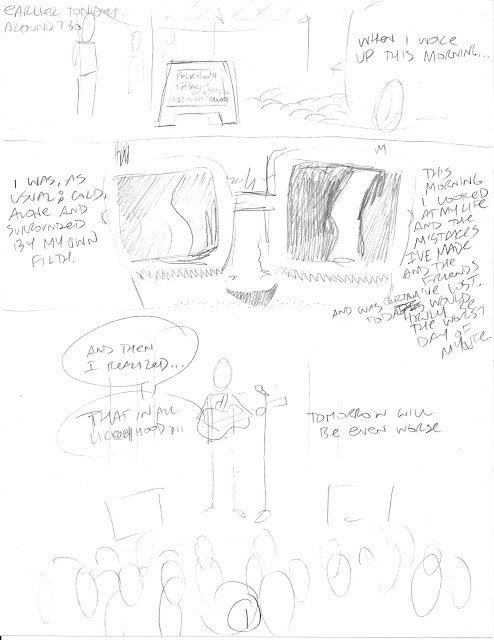 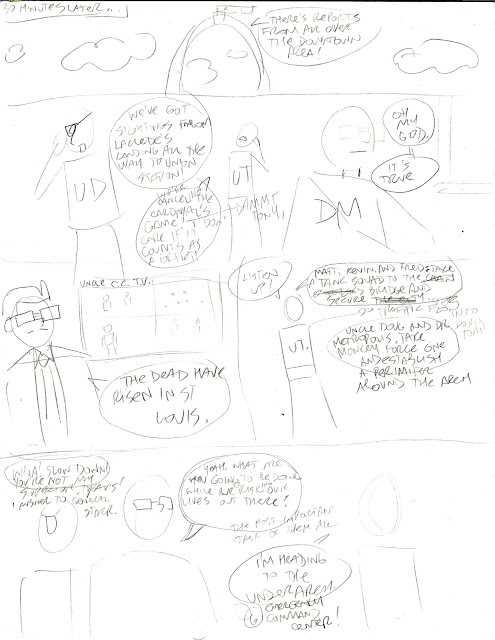 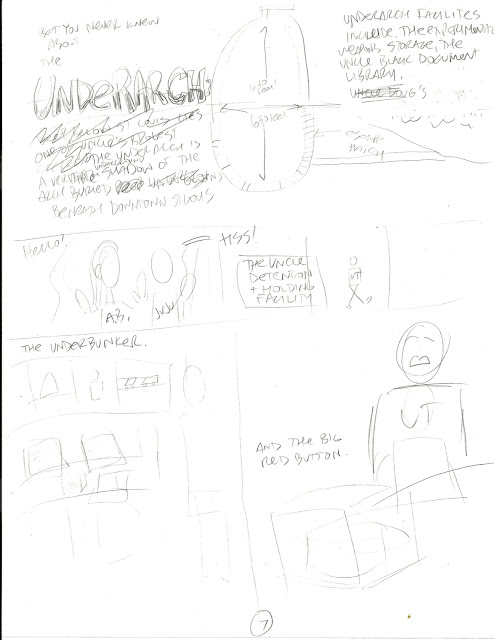 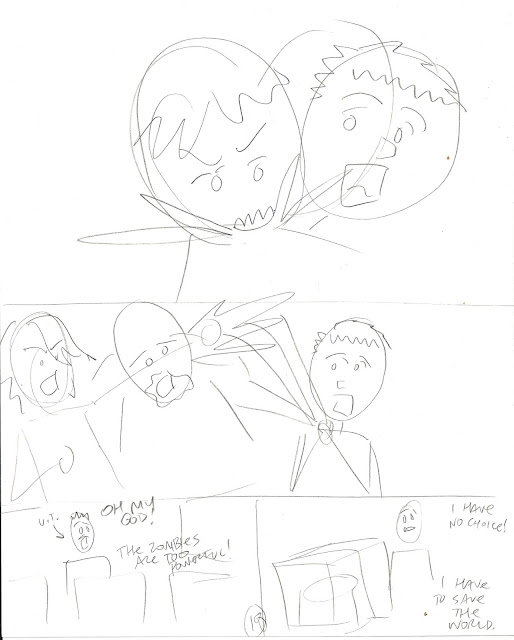 This is the first sketch I ever did of Cletus Whiteheart. I wasn't exactly sure what his role was going to be in the story and it looks like I was working out some plot points on the page.
It must have been early on in the script development for #7 because I remember losing Trik Eeze's diamond jet pretty early. I also think it's funny that I once again almost wrote a scene that included a newscast.
Because I hate newscasts in comics. 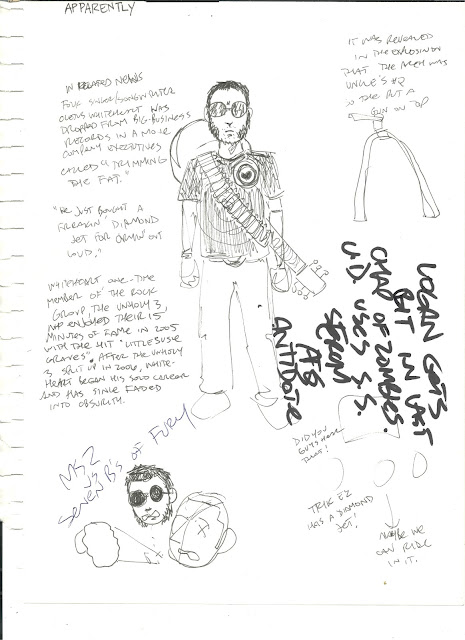 This is a picture of Cletus in real life.
Try not to look up his shorts 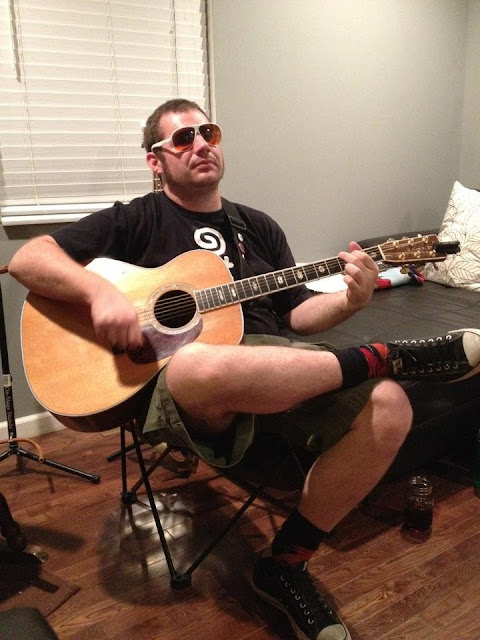 Posted by DougMichel at 9:16 PM