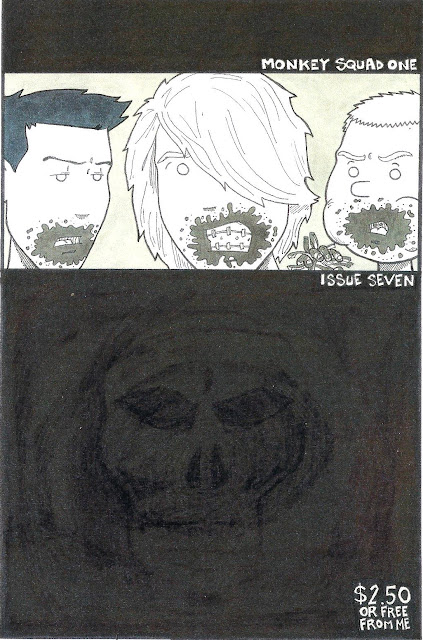 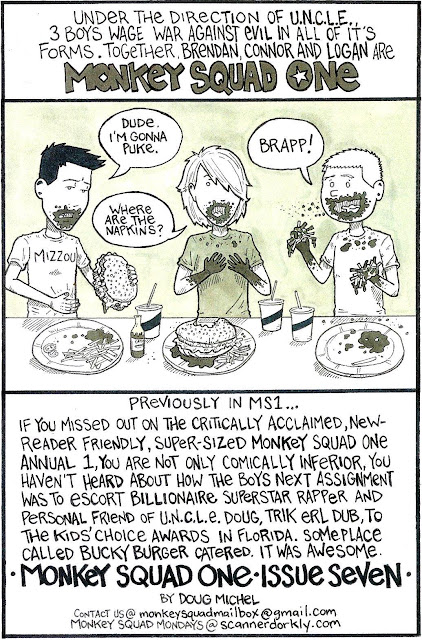 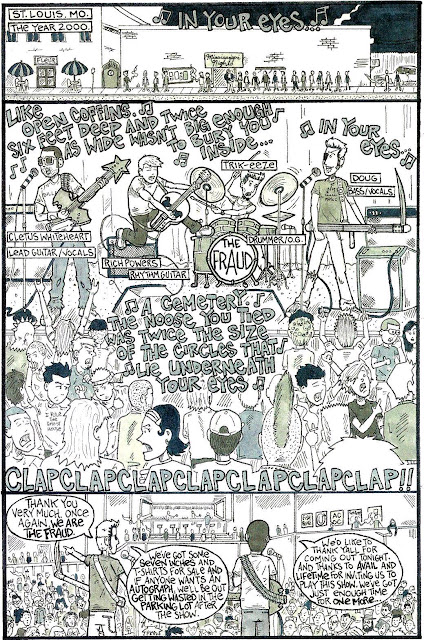 This is my love letter to the Zombie movies & video games I grew up with.
This arc was a long time coming and a dream come true to make.
But more on that shit down the road when the zombies show up.

First off, Mississippi Nights was a club in downtown St. Louis where I must've seen a hundred million billion shows. It closed down a few years ago but I still had to use it as the set for the club in this story.
I did a pretty good job of recreating it if I do say so myself.

Secondly, The Fraud. Me & Rich Powers & our buddy Andrew had an inside joke at work
that wouldn't be funny to you no matter how much I over-explained it that involved us being in a fake band called The Fraud.
There was no doubt what I'd call the band in this story & even got to throw Rich Powers in there. I wanted to put Andrew in as well but 3 guitars in one band is fucking pretentious.

Third, I was a teenage punk-rocker. This story is peppered with nods to the punk rock scene I grew up in & the music I grew up listening to & still listen to today.
Dillenger 4, Hot Water Music, Avail & Lifetime are all awesome & if you like shit that kicks ass, you might wanna check them out.

There's other Easter Eggs too but the people that would get the jokes wouldn't ever read this or even know I make a comic, so why bother explaining it?

Oh yeah. Last but not least. Bucky Burger is the burger joint in Garth Ennis' masterpiece comic series, HITMAN.
If you haven't read it, you're fucking up.

To read the entire issue:
Scroll down a little bit & click NEWER POST to get to the next page!

Posted by DougMichel at 8:43 PM