As I'm sure I've said before, the Annual was a HUGE project for me. I saw it as an opportunity to grab new readers but only if I did it right.

I wanted to make it as big and as fun as the Annuals I grew up with. I wanted it to be bigger than the regular MS1 issues and I wanted it to have a bunch of different stories that fleshed out earlier issues or set up story lines that were coming down the line.

Below is the original page breakdown for the Annual. The 1st story is 2 pages shorter than it ends up being and I see that I have a page dedicated to "Deleted Scenes" (which is stuff I ended up using as Special Features for earlier issues, here on Monkey Squad Monday) and that the Cletus Whiteheart origin story was originally 2 pages long.

In the end I decided to make the story featuring the titular characters 5 pages long instead of 3 because it seemed stupid to have the stars of the book on less pages than everybody else. 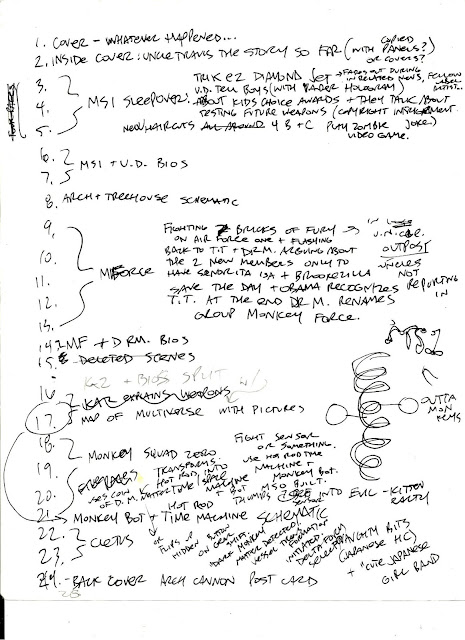 Next is the original idea for the back cover. It was gonna be a postcard-style image of the Arch with a cannon on it. Cuz that shit is badass & I was totally proud of it.

I ultimately decided against it. Cuz it seemed like it'd be super fucking hard. 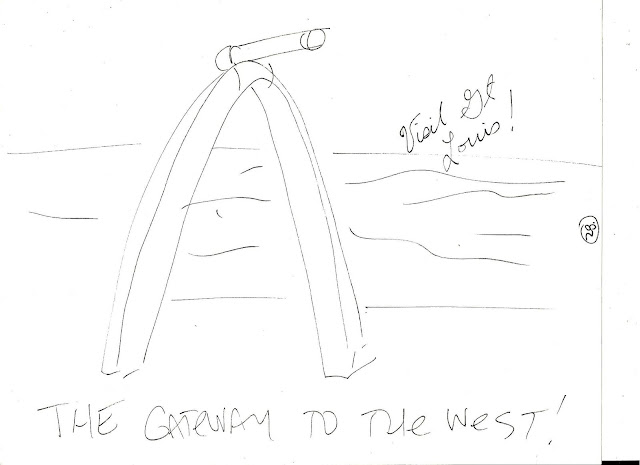 The next few pages are my versions of script pages.
I did a rougher draft before these, but generally, pages like this are what I work from to make the final pages.

If you're interested, look at the script pages compared to the finished pages and pay attention to how many dialogue changes there are. I'm endlessly rewriting as I'm drawing the panels.

This is how I make comics. 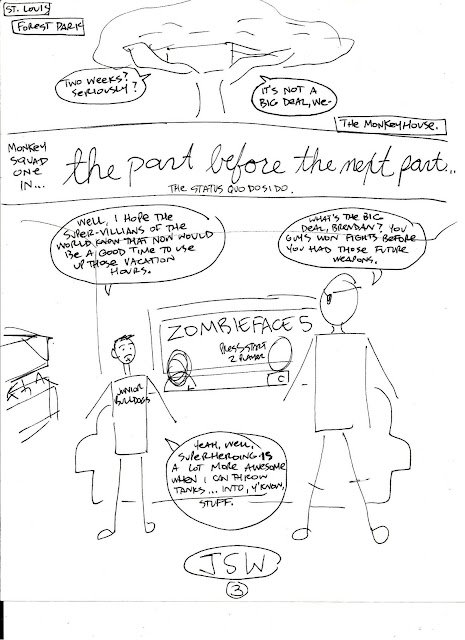 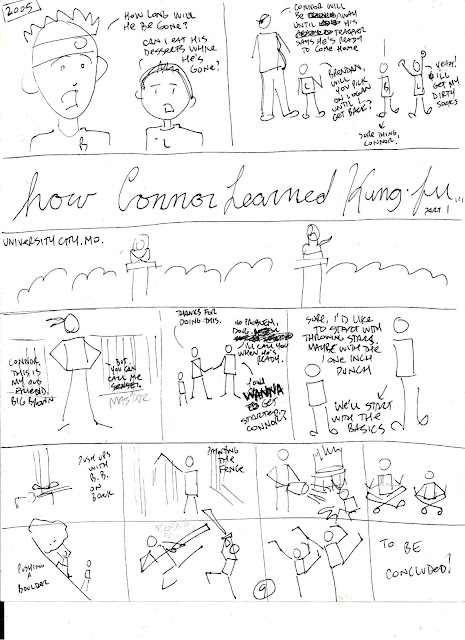 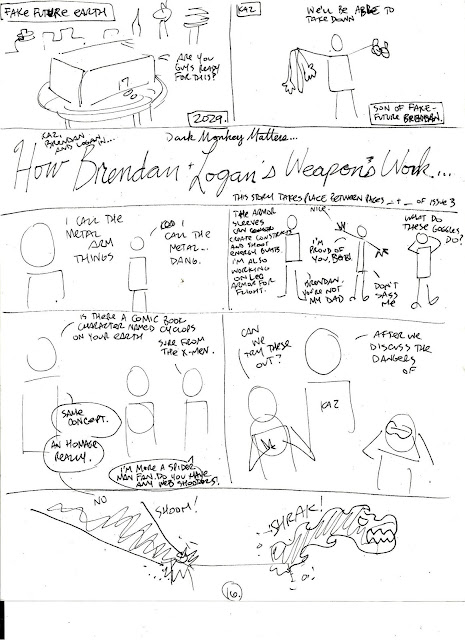 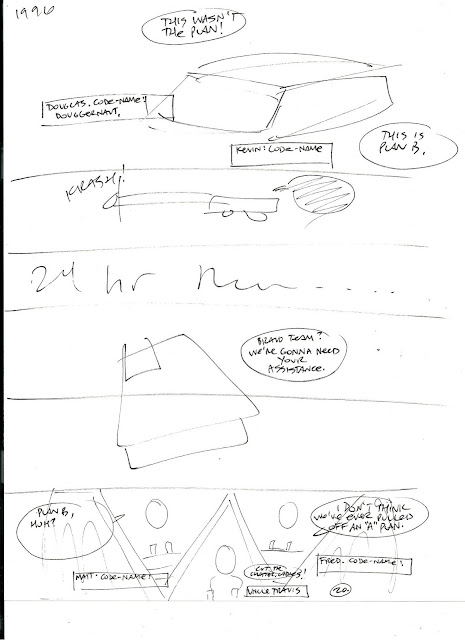 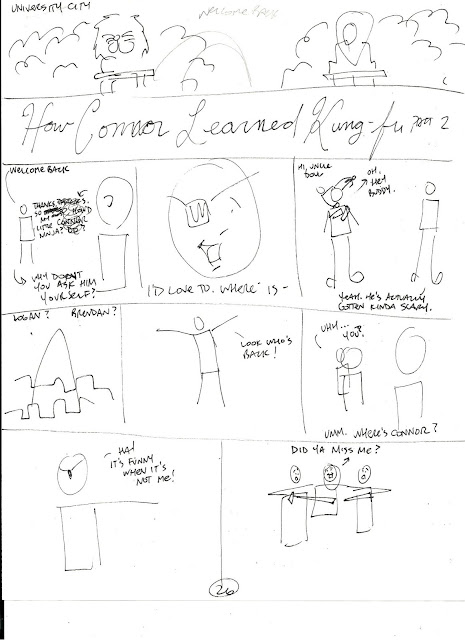 Next is an alternate version of page 5.
I got hung up on panel 3 with the fucking couch & eventually decided that I needed to start over. It's something that happens at least once an issue. The dialogue is waaaaay better in the final version and the truth is that every time I've redrawn a page it's been the best decision I could make. 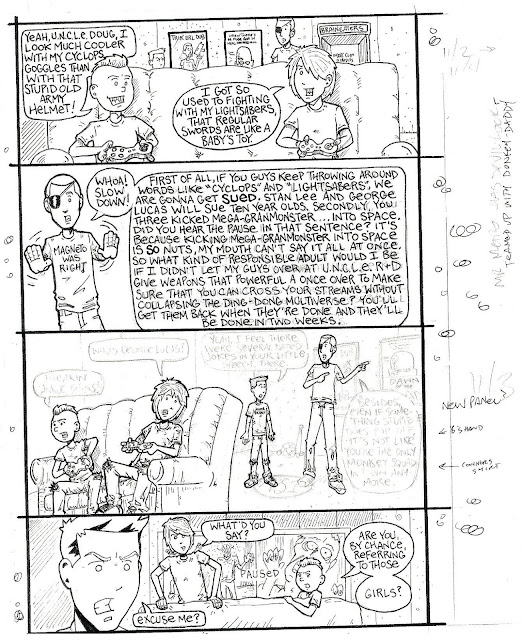 That's it! The Monkey Squad One Annual is really over!

If you want one of your very own, email me at monkeysquadmailbox@gmail.com & I'll hook your ass up!

MONKEY SQUAD ONE #7 BEGINS!
Posted by DougMichel at 8:56 PM