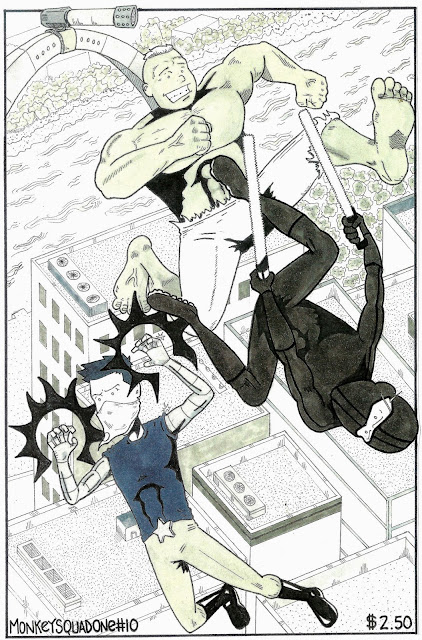 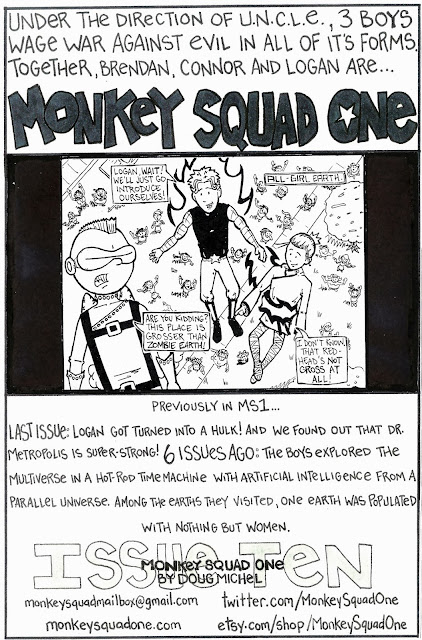 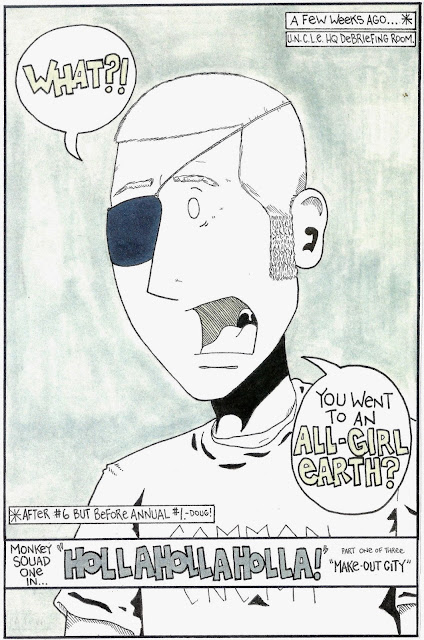 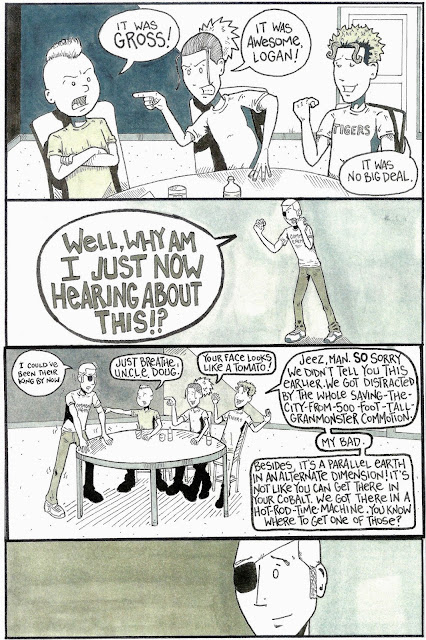 Issue Ten is the shit!

A lot had changed since I'd started the previous year's zombie story-line. Zombies were more played out than ever before and I was glad to be rid of them! Most importantly, unlike the year before, I knew where the overall story of Monkey Squad One was headed. This is the first issue that I made with the comic's end in mind. It's also the first issue where I bring back things that happened in old issues. I'd found a whole new audience in the year prior to this issue (2011) and most of them hadn't read the old issues. But I had to tell the story I had to tell. So I tried to explain things the best I could, but in the end I guess that if you like this comic & want to know as much about the story as you can, then you'll take it upon yourself to read the old issues.

I do have one regret in this issue & it's that I don't have a panel showing that they're inside the Arch in this scene. There's a caption box that says "MS1 HQ Debriefing Room" but I really wish I'd done a panel of the Arch in the first 2 pages to let readers know the location.

THE FIRST APPEARANCE OF
PROFESSOR METROPOLIS!

Posted by DougMichel at 7:51 PM