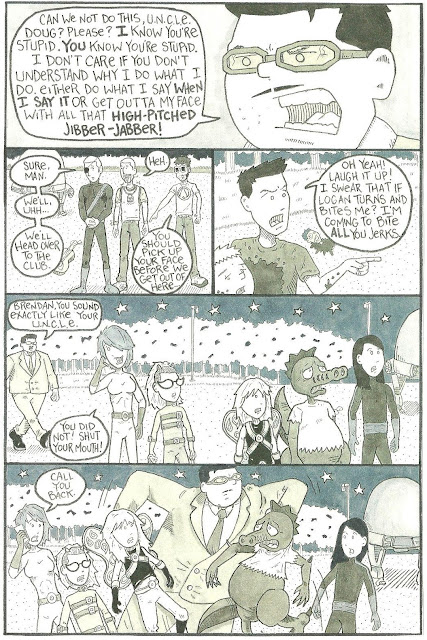 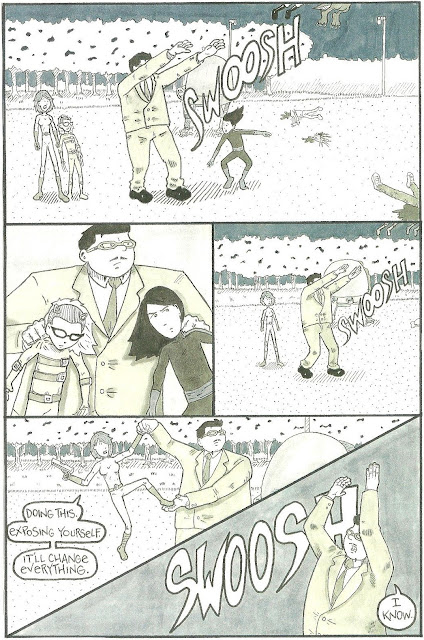 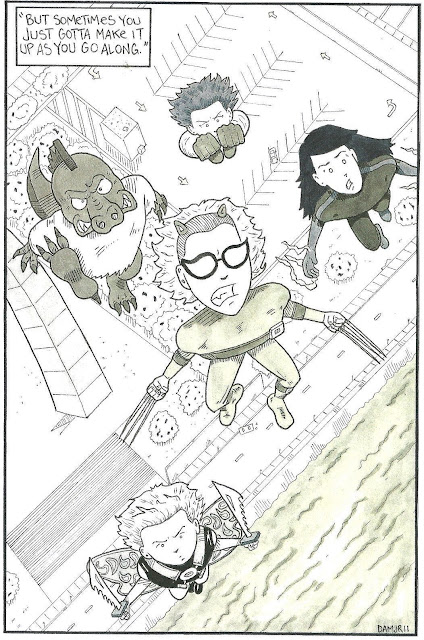 DUDE!
This is absolutely one of my favorite sequences in the entire series.
Regular readers know that you typically get 2 pages a week, but I couldn't split this sequence up!

The bit on page 3 where The Terrible Teenager says the stuff about how exposing yourself will change everything was totally thrown in after the art was all finished. The plan originally was for Dr. Metropolis to throw Monkey Force One into the air towards the incoming nuke with no explanation or commands at all. But the more I thought about it the more I realized that this sequence DID change everything. Dr. Metropolis has super-strength. How he got his power(s)(?) remains to be seen.
Mainly because I haven't figured it out yet.

The line about making it up as you go along was significant to me because in this issue, more than ever, I was writing new & better dialogue on the page as opposed to just using what I had written in the script. I'm pretty sure that this was the issue that I started writing much looser scripts as far as dialogue is concerned.
I'll probably mention that at least once an issue from here on out because I do it more every issue.
Right now I'm wrapping up the Annual #2 & I'd say I made up 90% of the dialogue on the spot!

Posted by DougMichel at 7:47 PM