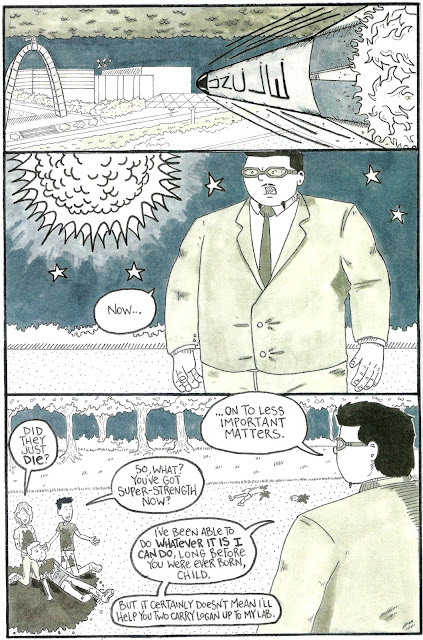 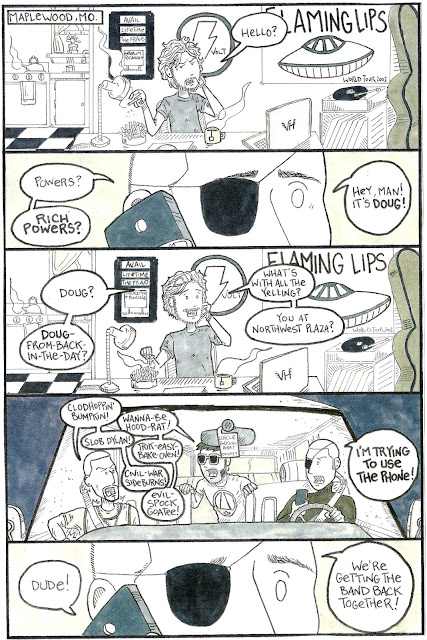 Page 5 was one of those pages where my plans were bigger than the page could accommodate.
There was supposed to be a panel that showed Monkey Force One attacking and dismantling the rocket in mid-air.
That shit ended up being really hard to draw.

So I rewrote the scene and looking at the page now, I can't believe I ever thought I could squeeze more in there.

Rich Powers has been a good friend of mine since the turn of the century. We both spent our 20's smoking weed behind the same grocery store & had a pretty good time doing it. When the idea struck to include "The Fraud" into this story-arc, I instantly knew there'd be a role for Rich.

So, essentially, page 6 is a page that includes comic-book versions of me & 3 of my best friends talking shit & dicking around in the zombie apocalypse.
Which, right there is every reason to make comics.

Northwest Plaza was a mall in St. Louis County where you could go to get shot at.

"I'm trying to use the phone" IS, in fact, stolen from Pee-Wee's Big Adventure.

And "We're getting the band back together" is obviously from Tommy Chong in, Far Out Man.

THE BOYS SUIT UP!
Posted by DougMichel at 9:25 PM