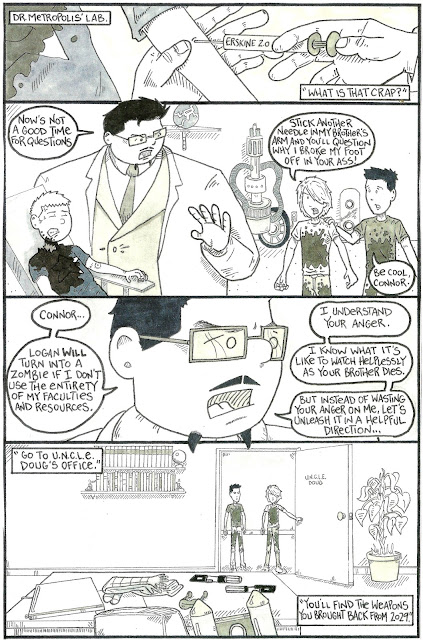 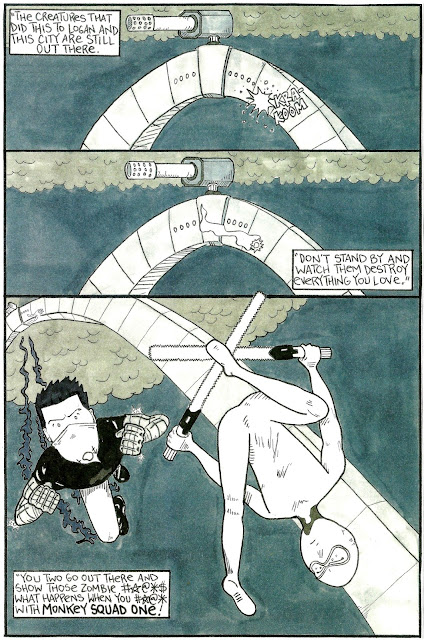 Any nerd worth their weight in Funyuns knows that Dr. Abraham Erskine developed the Super-Soldier Serum that transformed scrawny Steve Rogers into the Star-Spangled strongman, Captain America.

You knew that, right?

The last time we saw the boys' Future Weapons was when Monkey Force One stopped 7 Bricks Of Fury from stealing them back in Annual #1. But this is the first time the boys have used them since issue #6!

I was really, really ready to get the boys back into their superhero gear. It'd been 3 entire issues with my main characters in street clothes & I was eager to draw some superhero action.

I should mention that my Real Life nephew Connor hated his white-ninja costume because it made him look like he was naked.

I'M PRETTY SURE THERE'S FIGHTING!
Posted by DougMichel at 7:43 PM