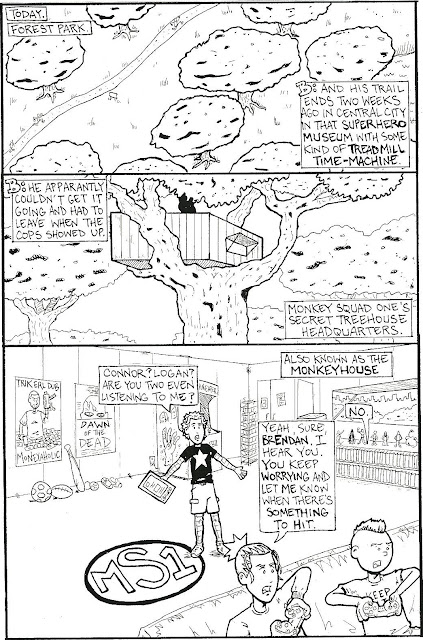 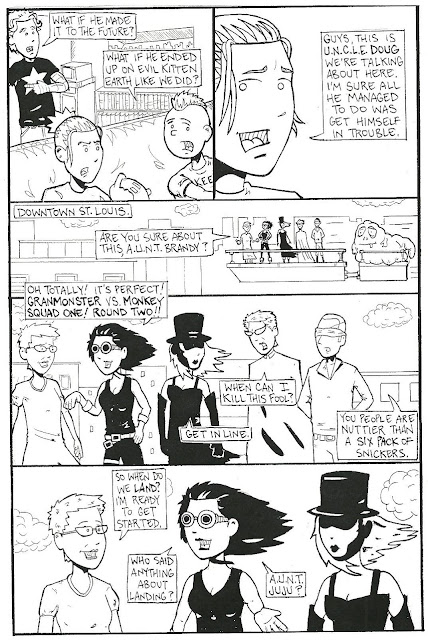 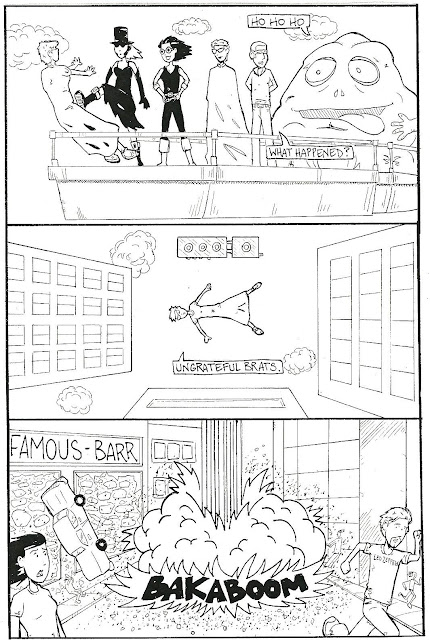 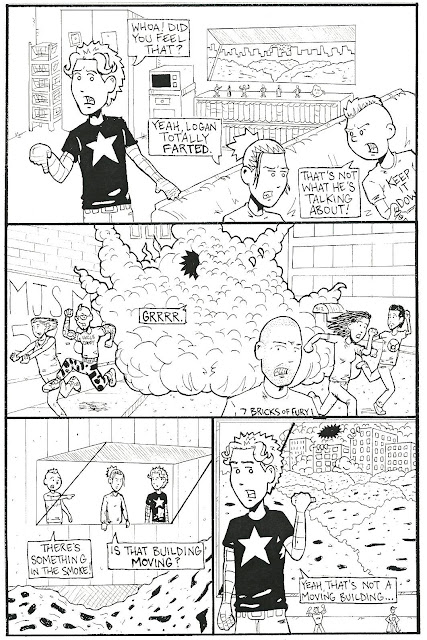 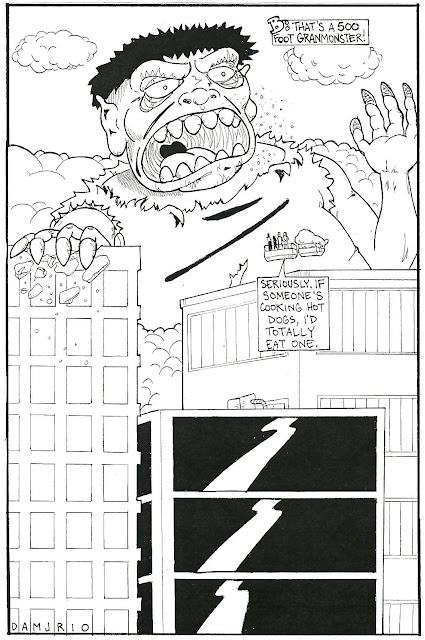 I HAD to post all 5 of these pages! I was just gonna post my usual 2 pages, but there was no place to break up the story without it totally busting up the pace.
Plus, this week marks the completion of Monkey Squad One #10 and I feel like celebrating so I threw you some extra pages.

But for realsies, it's 5 pages so you know this commentary is gonna be ridiculously long.

Page 8: I was trying to do some off panel dialogue from Brendan in panel one and with the caption boxes in the same panel, it all just comes out confusing. It's a lot like the structure of that last sentence.

Also, Real-Life Brendan told me he thought his character was a nerd. In the MonkeyHouse scene, he's doing research and worrying about U.N. C.L.E. Doug while Connor & Logan played Playstation.

Since then, I've been writing him like a dick.

PS. I know how to spell "apparently" now. Or, at least, I have SpellCheck now.

Page 11. Panel 2: If you look closely, you'll see two Monkey Squad One villains running away from Mega Granmonster. Donkey Daddy is 2nd from the left (throwing you off the scent by wearing an "UNCLE DADDY" T-shirt) & 7 Bricks of Fury (who was nice enough to wear a T-shirt with his name on it) is the bald guy up front.
Hard-copy readers know that both of these villains seemingly debuted in 2011's Monkey Squad One Annual #1 but Donkey Daddy 1st really showed up in MS1 #3 (You can look at it here: clickity-clack) and 7 Bricks of Fury's first appearance is REALLY right here.

What they were doing in Downtown St. Louis as Granmonster grew hundreds of feet out of nowhere is another story all together.

{Comic book bullshit aside: Donkey Daddy is played by my buddy Dan & 7 Bricks of Fury is played by my friend, Steve. The panel of them running from Granmonster was just me using my friends as extras (Mike Lakey on the far right, y'all). I later decided to turn them into actual characters in the comic and figured I could use their earlier appearances as extras to my advantage. I figured out how to put all the pieces together and have worked all these appearances into the greater story. You'll see.}

Next week: There's almost some fighting. Almost.
Posted by DougMichel at 8:56 PM