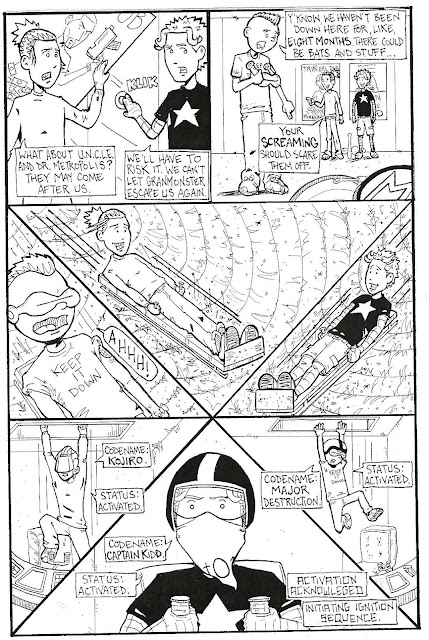 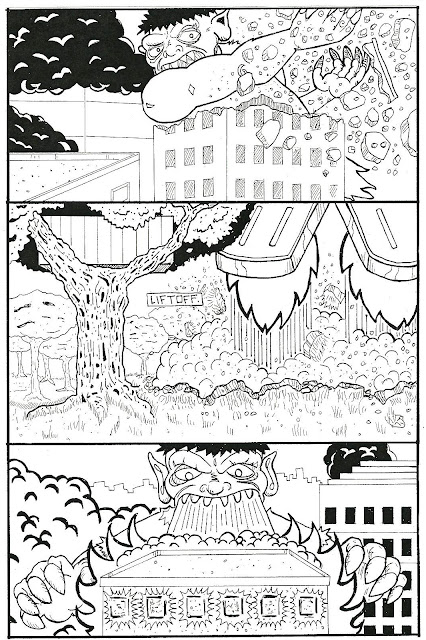 If anybody's counting, this is the first time I used the codenames since Issue 2.
I was kind of embarrassed of them. Then I got over it.

So, I didn't get to it last week (because I spent so much rambling on about other shit) if you take a look at the poster Connor moves, you'll see it features superstar rapper Trik Erl Dub a.k.a. Trik EZ.

Hard copy readers know that Trik EZ co-stars in Monkey Squad One issues 7-9, but this is the first reference of him in the series.

Real-Life superstar rapper Trik EZ has a new video for his song "Smoke My Life Away".
Check it out:

NEXT WEEK!
THE CONCLUSION OF ISSUE FIVE!

Posted by DougMichel at 8:14 PM