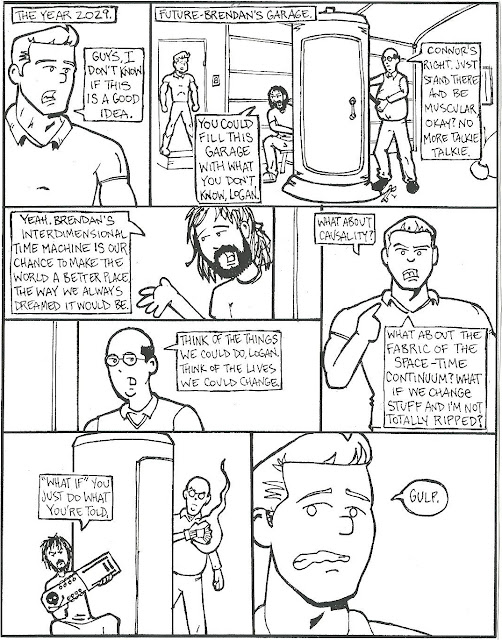 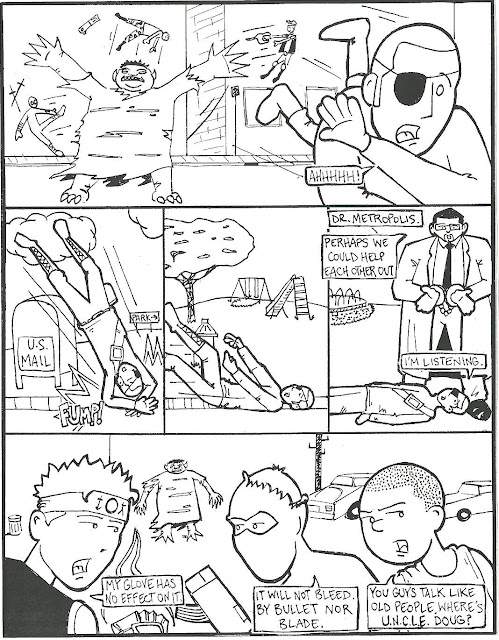 What the hell!?!
2029? Future-Brendan's garage? Logan is super-swolled? It's like this was being made up as it went along!
It kinda was.
My big plan was to shock my real life nephews with a horrible glimpse into their possible future. Brendan becomes a fat, bald, dick. Connor is a dirty bum and Logan turned into a super stud (which is funny because in real life he's like a boy twix't with a ham).
I did not have a plan for issue 3 when I made this comic (keep that in mind when this issue ends). I just thought it'd be funny for the boys to be old and shitheads.
Dr. Metropolis becoming a good-guy is the best thing that happens in this issue. But as I typed that I thought of all of the other major story developments and character introductions that happen in this issue. A.U.N.T. Brandy. Granmonster. The Future-Earth story and Dr. Metropolis giving up villaining. All of these plot lines grew from here and are HUGE parts of the future of Monkey Squad One.
Next week, the tragic destruction of U.N.C.L.E. Jet One!
Thanks for reading!
Posted by DougMichel at 8:26 PM