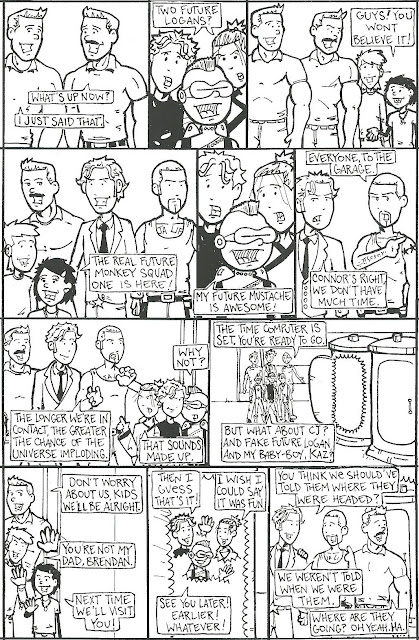 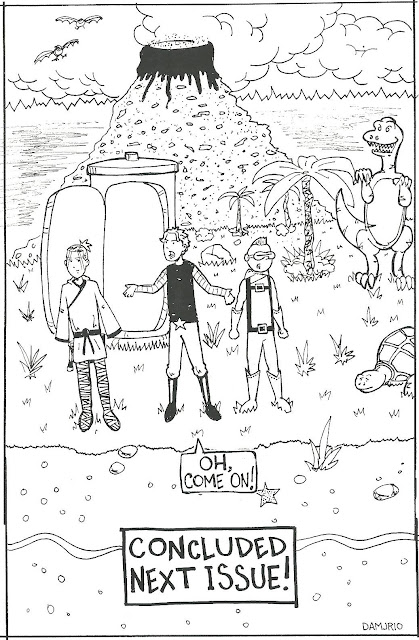 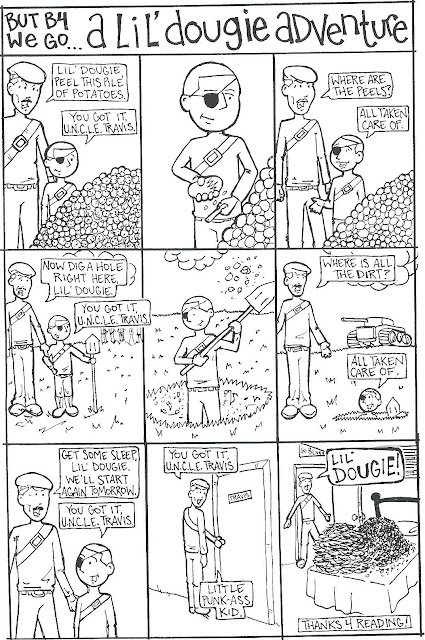 What an ending!
The fucking future Monkey Squad One! For realsies!

Try to keep page 15 in mind because in 2019, when this series wraps up, you'll see Future Monkey Squad One's side of that scene in the Giant-Sized Monkey Squad One Future Finale.
So you have that to look forward to.

The Lil' Dougie/U.N.C.L.E. Travis bit went over pretty well with readers. In real life my uncle Travis is a douche and I made him the Mr. Wilson in this comic so my mom & sisters would think it was funny. But douchery is universal & everybody seemed to get a kick out of it.

Thanks for reading!﻿
Posted by DougMichel at 9:04 PM