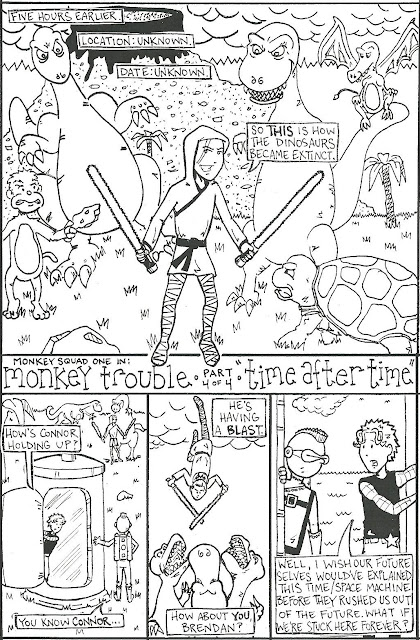 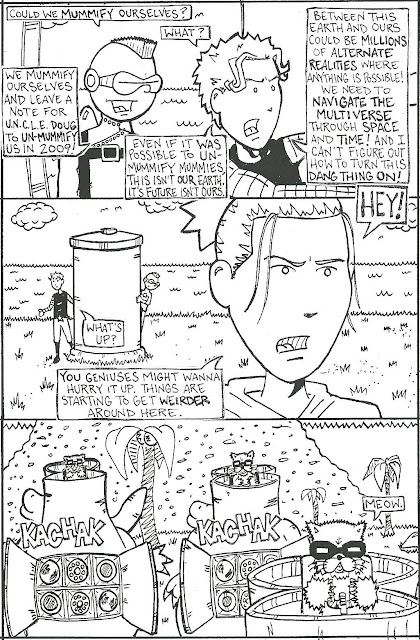 Watch out, Connor! That monkey's got a shiv!

If it's hard to tell, the dinosaurs' heads flipped back to reveal goggled kitten drivers. And their belly-doors opened to reveal an assortment of armament.

This was the first issue that I used the title banner that I've used every issue since.
Fascinating, I know.

The bit where Logan says they should mummify themselves was totally stolen from a JSA story by Geoff Johns & David Goyer.
I steal all kinds of stuff all the time in this comic and I feel my being upfront about it makes it okay.

Next week: During a lightsaber battle on Bespin, Dr. Metropolis cuts off Brendan's hand. Then Dr. Metropolis tells Brendan he's his father. Brendan is skeptical and makes some pretty gruesome facial expressions.

Posted by DougMichel at 8:30 PM