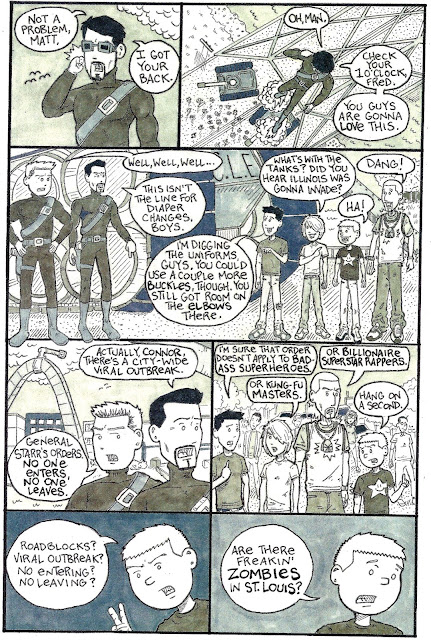 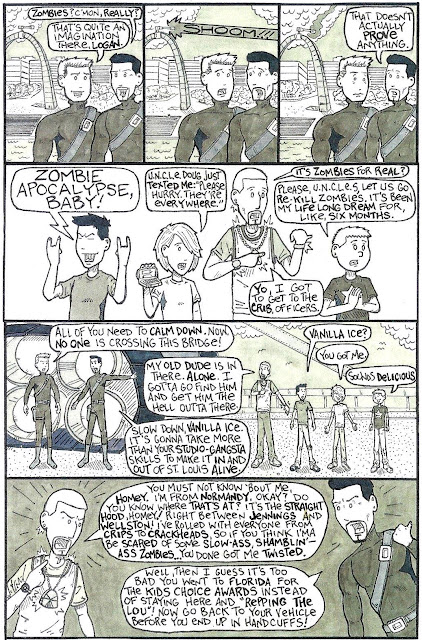 This shit right here is funny & probably not why you think!

Normandy is the part of St. Louis County that me & Nick (Real-Life Trik-Eeze) grew up in.
It's a nice little community but you would probably think it's the 'Hood since me & Nick were the only white kids in our High-School.
It's whatever. There's just references to several St. Louis neighborhoods and gang territories in this issue.

The big news this week is that it's Monkey Squad One week at thewombmates.com!
Twin brothers, James & Jason Ford have a terrific podcast called The Wombmates. Last month, I hung out with them for over 2 and a half hours and we created Podcast Gold!
The Ford Brothers have split it into 3 episodes & the first one will be posted on March 11, 2013!

Please stop by thewombmates.com and listen to us talk about MS1 #12, comics, movies and all kinds of shit! 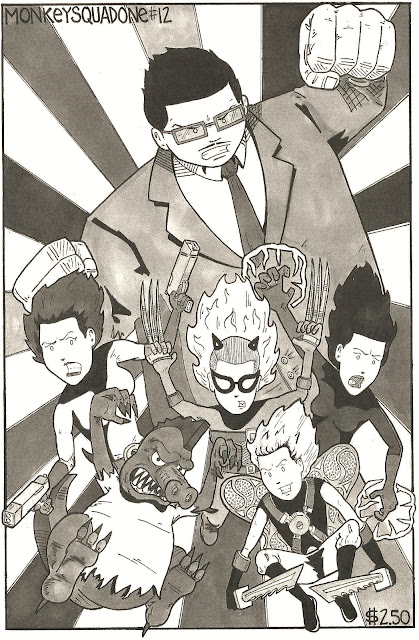