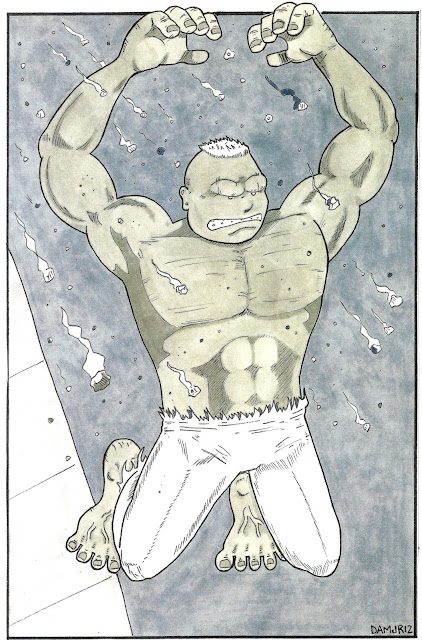 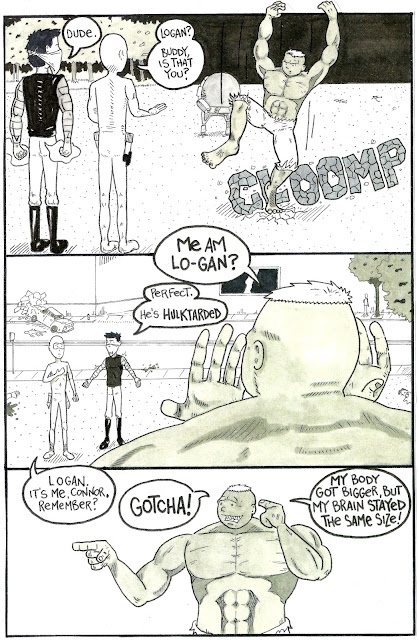 Oh man. This was a long time coming! Essentially the entire Zombie Apocalypse story was created just to get to this point!
Real-Life Logan told me back in 2010 that he wanted to be like the Hulk in MS1. I loved the idea and when I thought of Logan being bit by a zombie to get there, I knew I had to do it.

I gotta tell you guys that I'm not crazy about the Hulk-tarded line anymore. It hasn't aged well with me. I went with it initially because I felt like it was something that Brendan's character would say. I now feel like that's a ridiculous rationale. It's like those mom's of super obese babies on Maury that say if their baby wants to eat, then they're gonna feed them. I always think, who let's a baby decide anything? And me letting my characters tell me what they're gonna say is just as silly of a notion. It was irresponsible & I won't let it happen again.
Just saying.