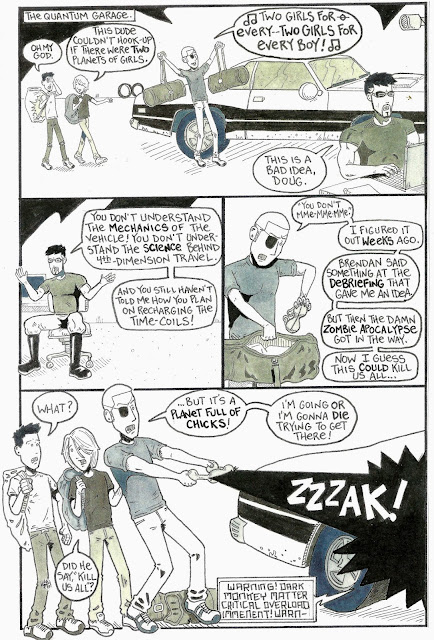 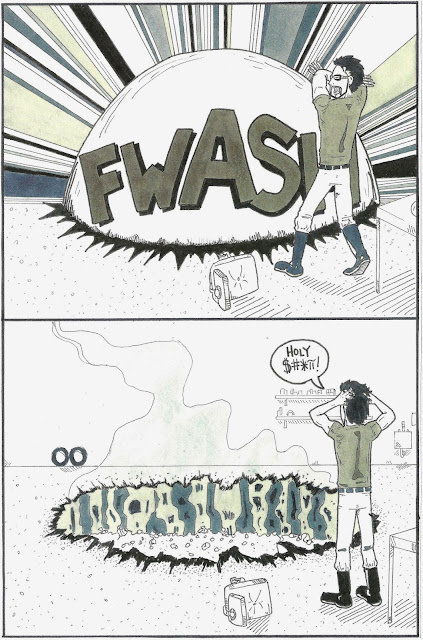 I debated long and hard about what song U.N.C.L.E. Doug was gonna sing as he walked into this scene. He's singing a line from the song "Surf City" by The Beach Boys from, like, fucking 1961 and I really thought I should find a song that was a bit more contemporary. So, I left the balloon blank until the last minute & as usual, went with the original idea. I don't regret it at all. I've referred to pop culture shit like iCarly & that's already irrelevant. At least a song that's 50 years old can't get more played out than it already is!

In current Monkey Squad One news, I'm 2 & a half pages away from finishing the inks on the Annual #2 and the story I'm currently inking takes place immediately after this scene! It's a 2 page story called "Fish Girls Don't Cry" & it's pretty fucking hilarious!