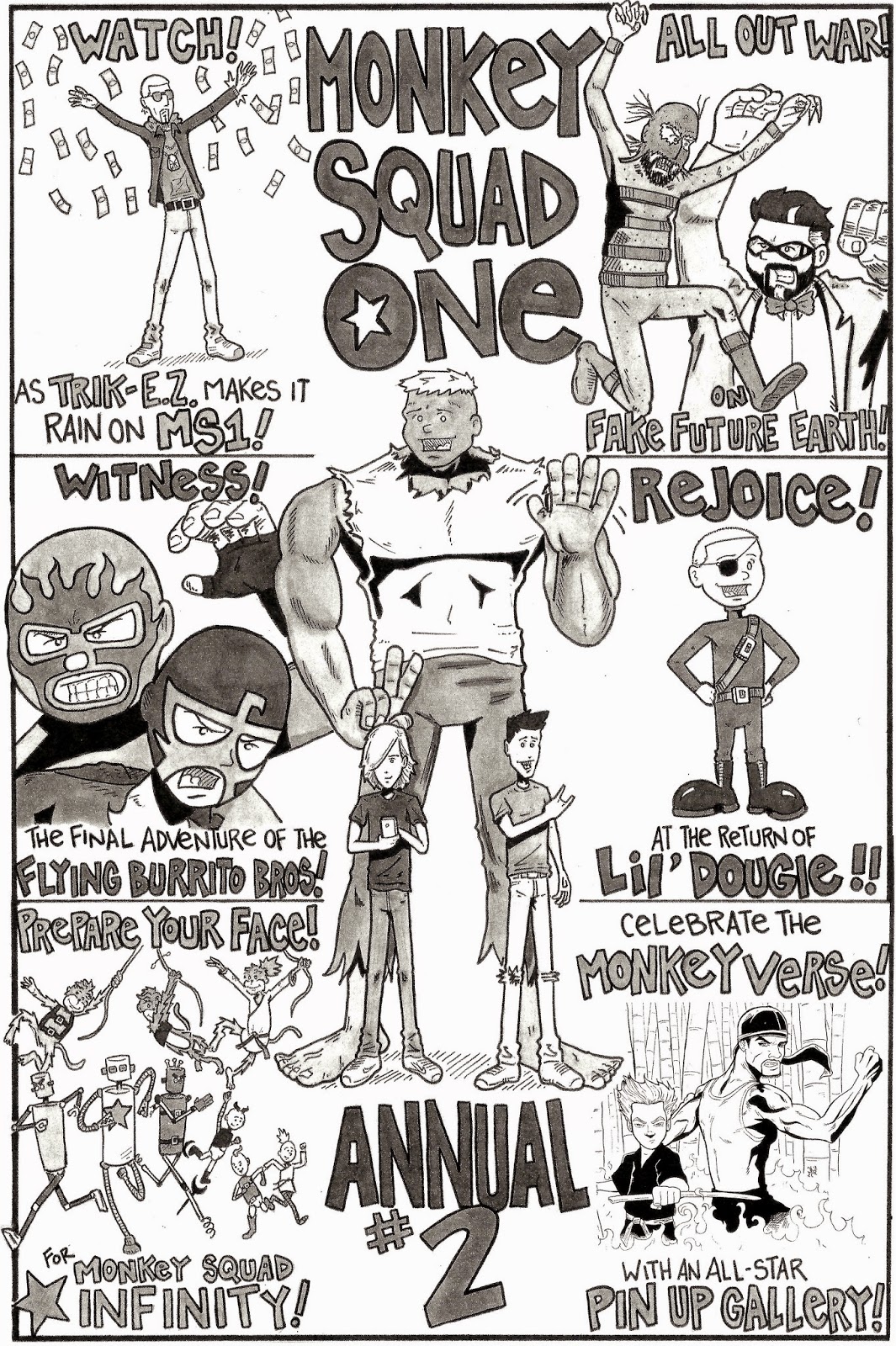 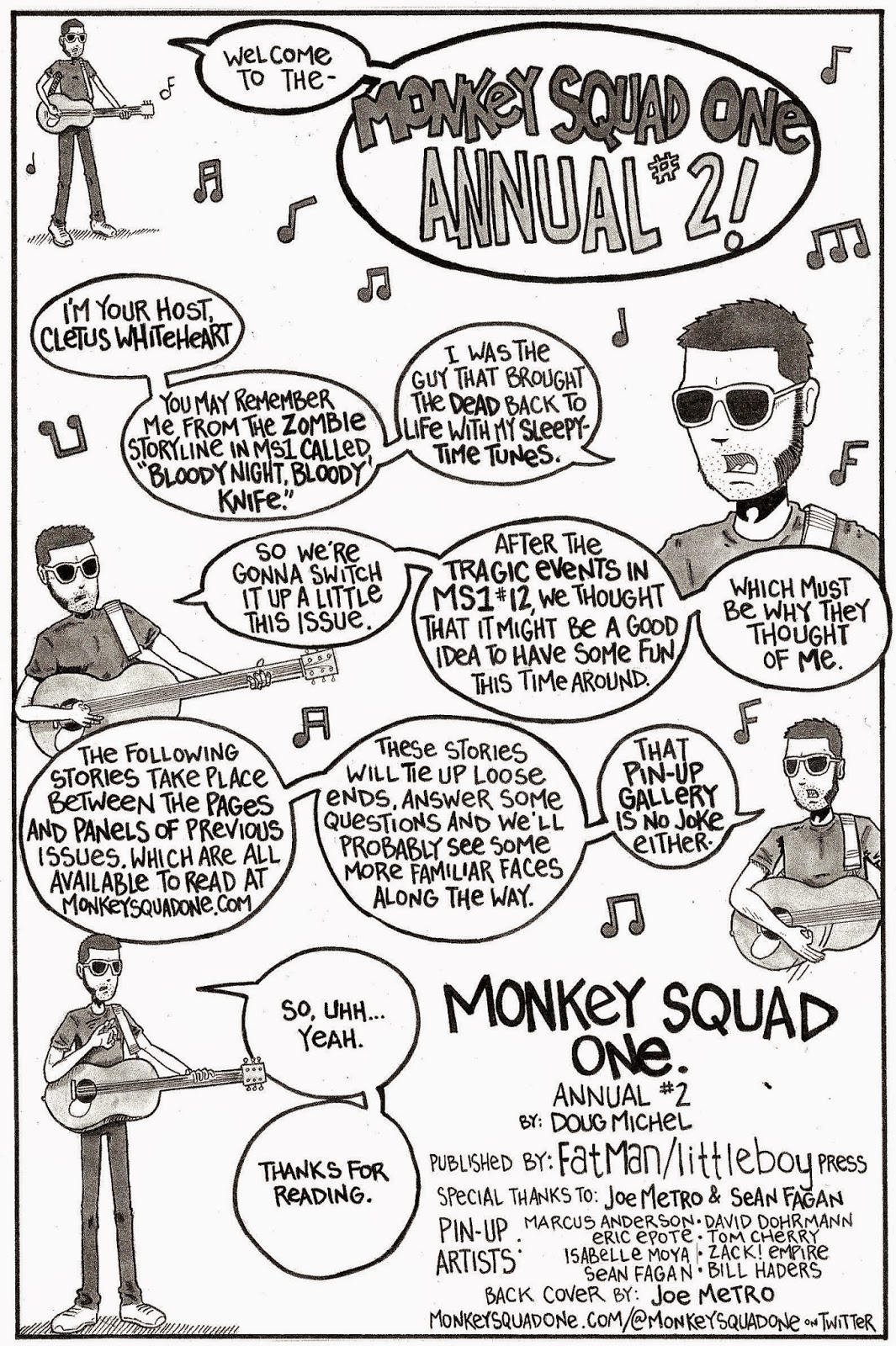 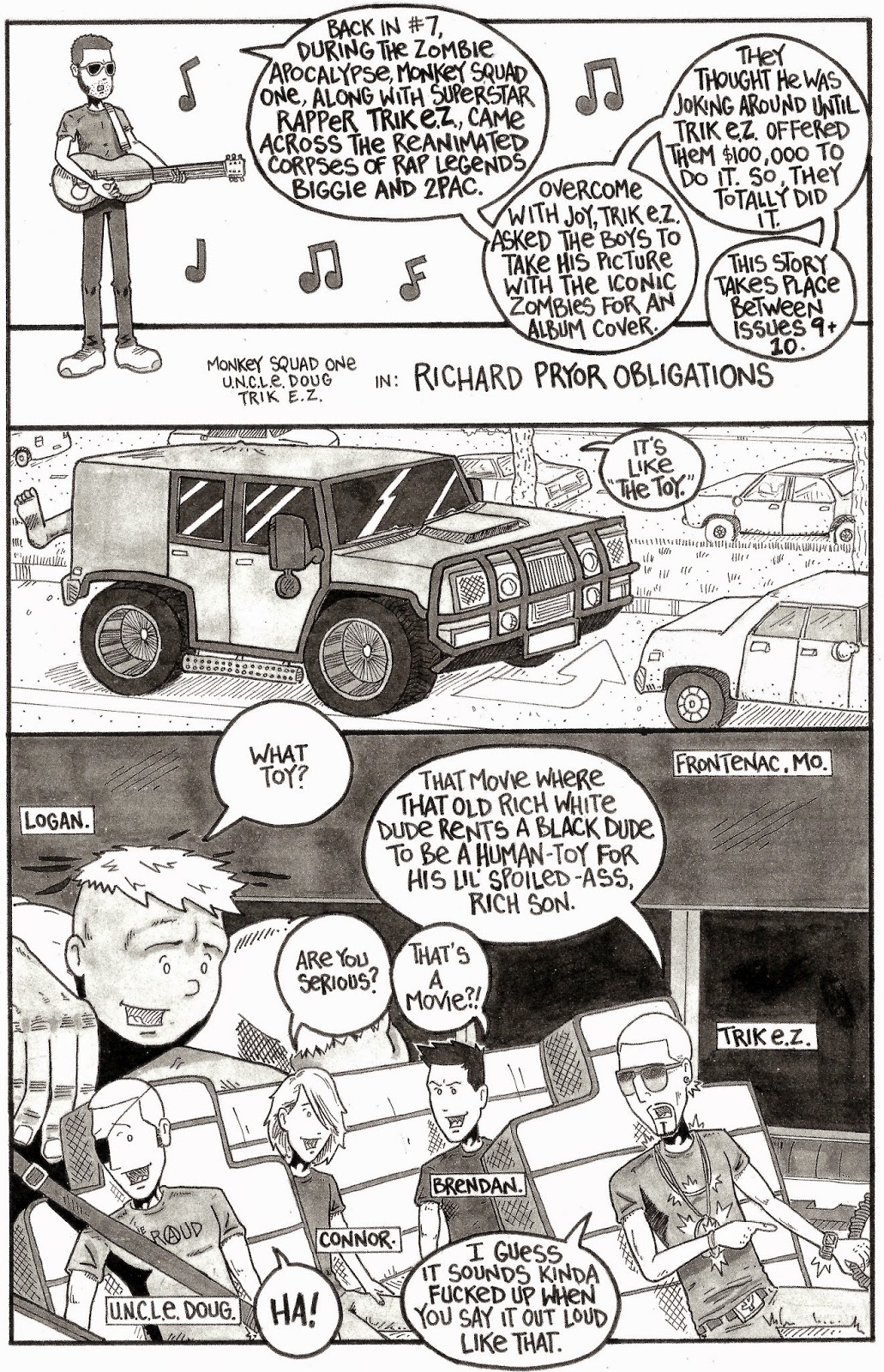 Regular readers may have noticed I've been on a bit of a hiatus since June. I was moving & finishing up Monkey Squad One #13!

Moving was horrible but the new issue turned out great, so it all worked out! As of this post, I'm halfway finished with the pencils on MS1 #14 (and in the living room of our new home!)!

Originally this issue was all supposed to be fallout from the end of MS1 #12. But I soon realized that the road Monkey Squad One is headed down is awfully dark and it doesn't end until the series finale. So, if there was gonna be anymore opportunity for fun, this may be it.

SO I HAD A BLAST!

This issue has all the stuff on the cover plus MUCH MORE! Including revelations that go back to the beginning of the series & FURTHER!

This was also the issue I did a Kickstarter for with my best friend Joe Metro. It was wildly successful (if you ask me). We made enough extra money to print MS1 #13 and not have to charge anybody for it. Which is exactly how I like it.

So much so, that we've decided to do another Kickstarter soon!

And thanks for reading!

Trik-Ez says all the horrible shit you've come to expect!

Posted by DougMichel at 7:12 PM