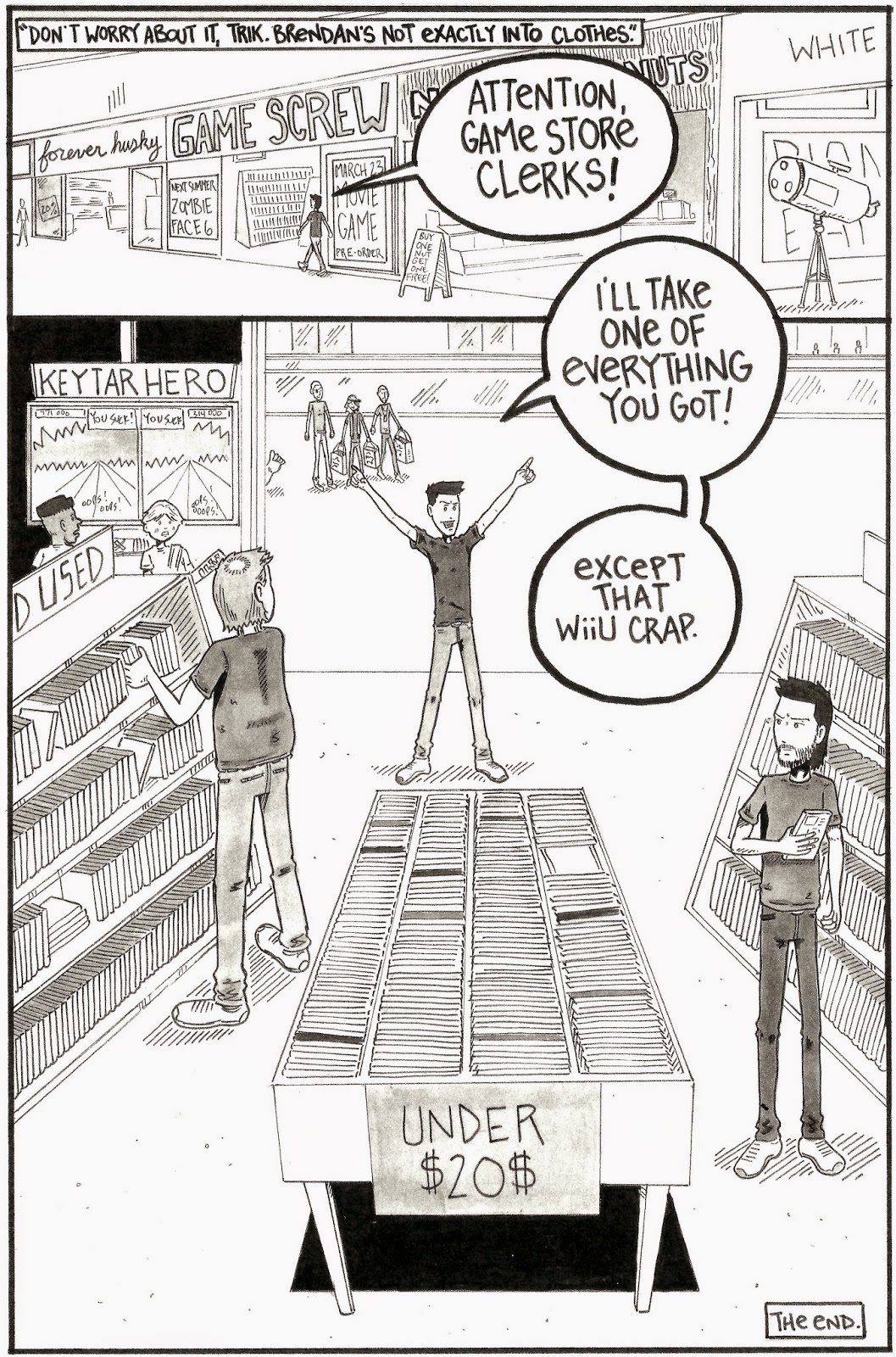 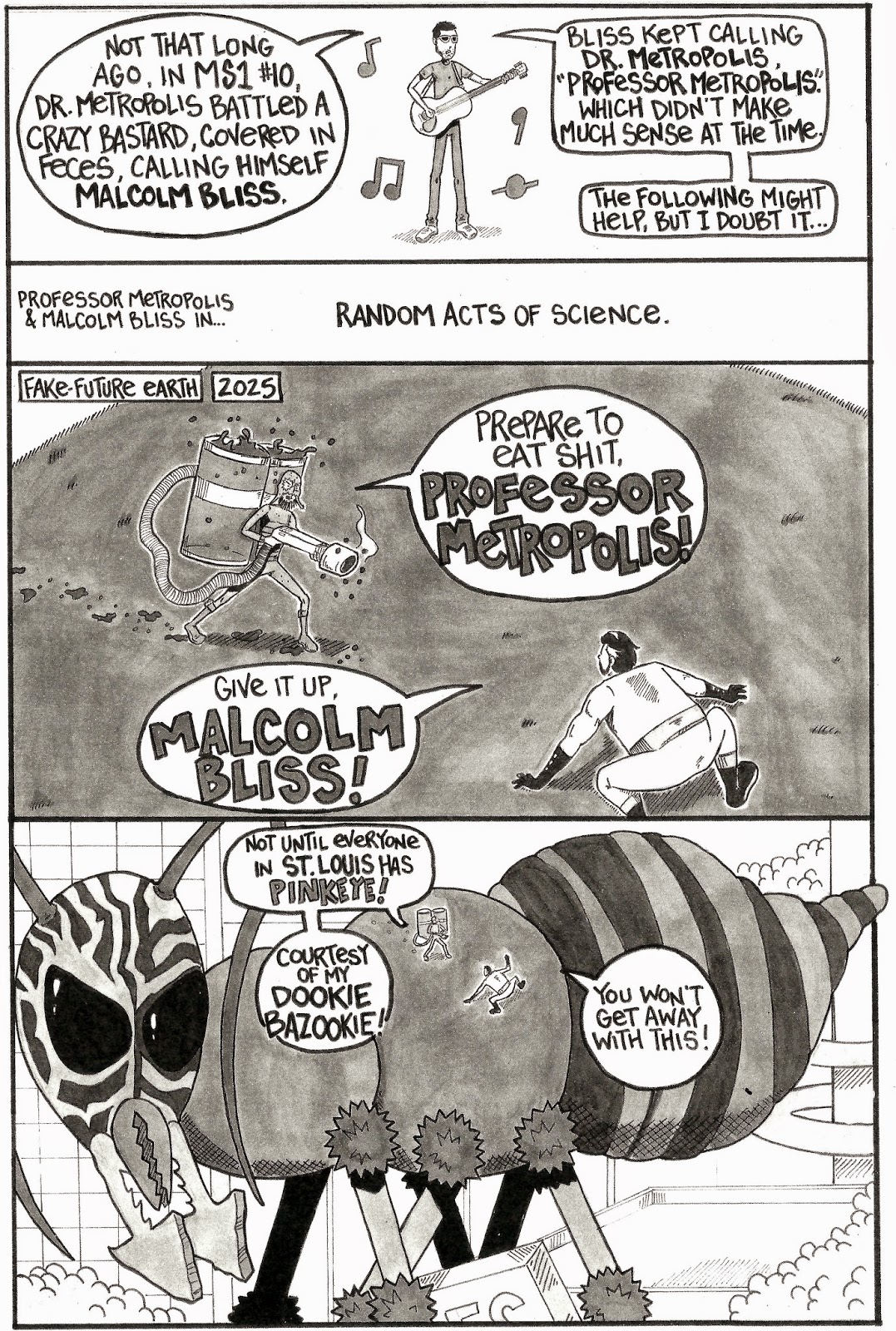 Who is Professor Metropolis?

Watchful readers know he first appeared back in MS1 #10 in a flashback with U.N.C.L.E. Kevin.

But this is the first time we've found out that Professor Metropolis and Malcolm Bliss are from the same Earth.

And some readers might've realized that Professor Metropolis & Malcolm Bliss are then from the same Earth as Fake-Future Brendan & his whole crew that Monkey Squad One visited all the way back in issue #3.

I'm not gonna tell you why that matters, though.

THE DOOKIE BAZOOKIE IN ACTION!

Posted by DougMichel at 8:45 PM