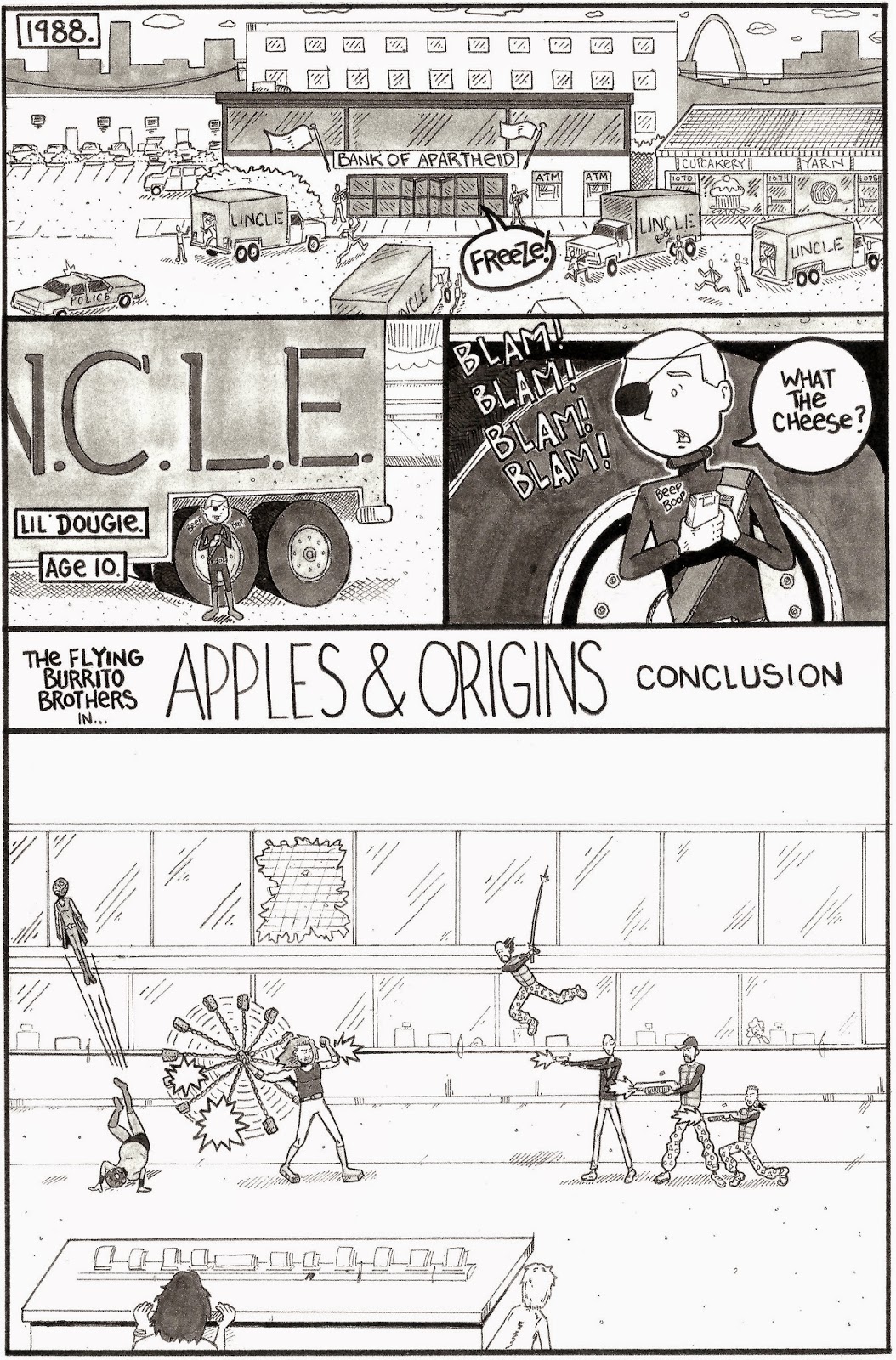 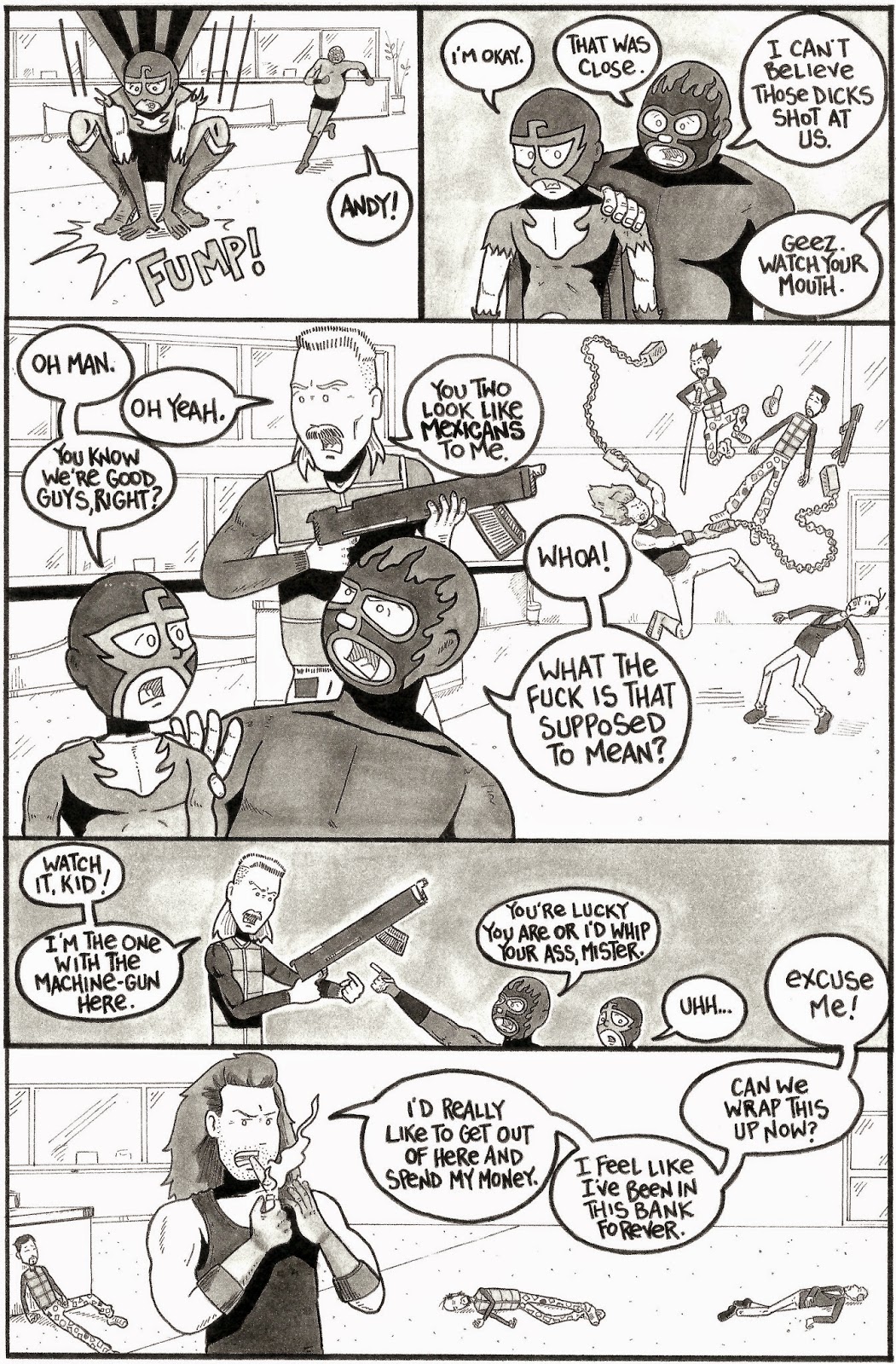 In Monkey Squad One issues 10, 11 & 12 I ran a back-up story starring The Flying Burrito Brothers, Seven Bricks Of Fury & The Agents of U.N.C.L.E. titled "Apples & Origins". (You can find them in the archives if you're interested.)

Up until now, Lil' Dougie has only appeared in his own back up stories in issues 3, 6 & 8. This is the first time he's appeared in an actual story!

A DEATH IN THE FAMILY!