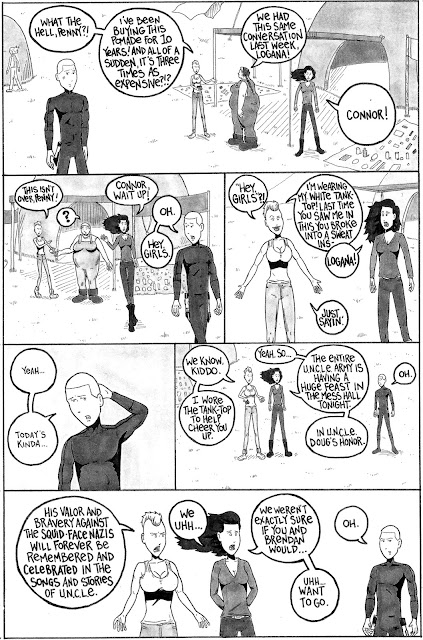 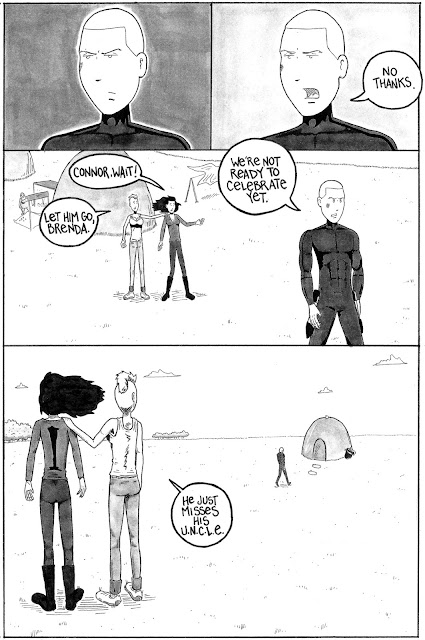 I rationalized as: U.N.C.L.E. Doug & Monkey Squad One helped defeat the Squid-Face Nazis on a planet that wasn't even theirs. The All-Girl U.N.C.L.E. Soldiers are honorable bad-asses & respect U.N.C.L.E. Doug's sacrifice in their war.

And no one said that they didn't have all kinds of feasts in the honor of all of the lady soldiers that were killed.

Mostly I just wanted to convey that a year had gone by and that Connor (and as we later find out, Brendan) is still upset about U.N.C.L.E. Doug's death & being stranded on All-Girl Earth.