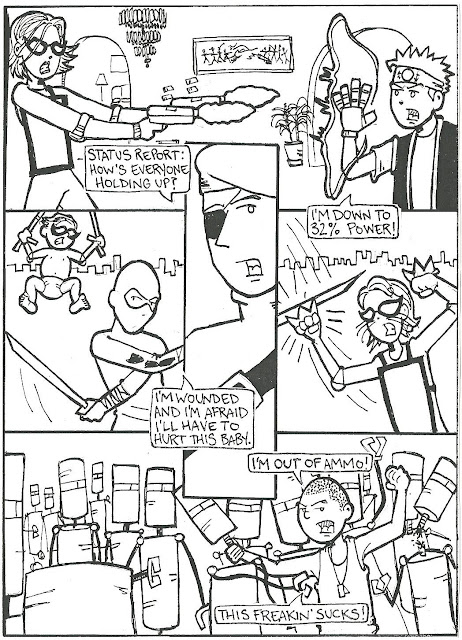 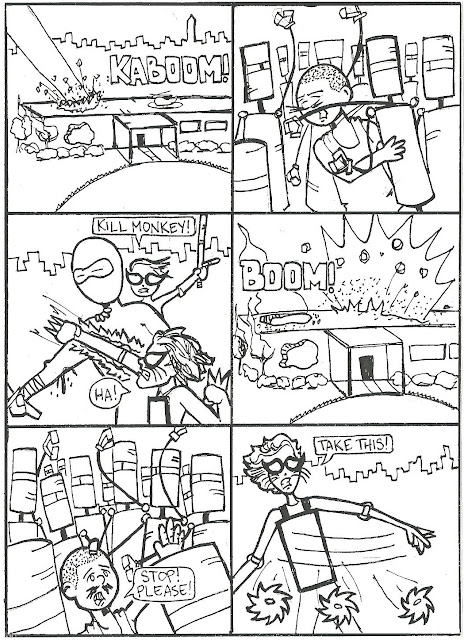 Logan getting robo-stolled in the face is one of my favorite panels of all time.
I'm gonna be honest with y'all and tell you that the President's Bunker was originally the White House. Not that I'm not familiar with the White House, I was especially bad at drawing buildings back then and I didn't have a computer with the luxury of search engines for photo references. So in my winging it, that was what I came up with. I ended up calling it the Bunker becuse it looked nothing at all like the White House. But, seriously? What kinda bunker has fucking windows all over the place and isn't underground or anything?
So, instead of talking about how shitty old Monkey Squad One is, I'm gonna talk about how awesome Monkey Squad One #8 is: 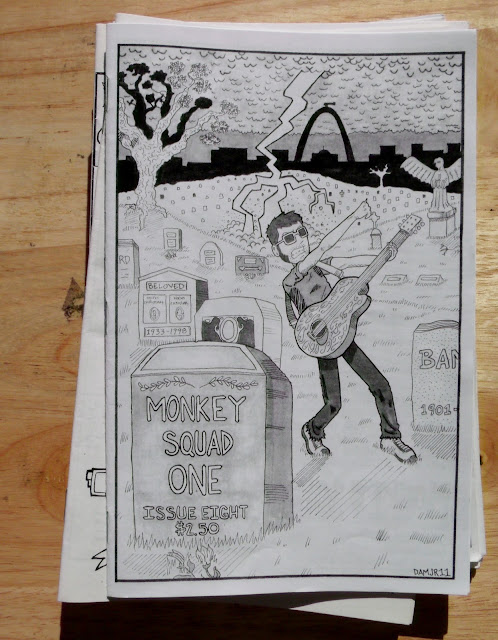 Monkey Squad One #8: Bloody Night, Bloody Knife Part 2 of 3.
Trik-Eeze and Monkey Squad One confront folk-rock legend Cletus Whiteheart on the zombie-filled streets of St. Louis! Everything changes with this issue! Monkey Squad One will never be the same!
If you'd like a few FREE issues of Monkey Squad One, email your mailing address to monkeysquadmailbox@gmail.com. For the Complete Comic Collection of Monkey Squad One, visit www.etsy.com/shop/MonkeySquadOne and buy the whole run for $10.
Do you feel my internet presence?
Or do you just have to poop?
Posted by DougMichel at 8:18 PM