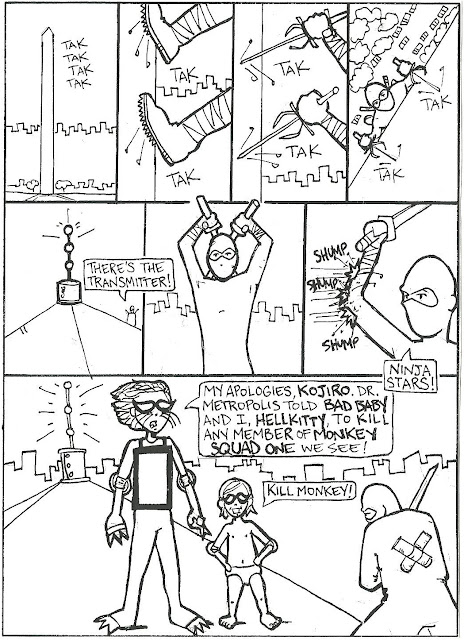 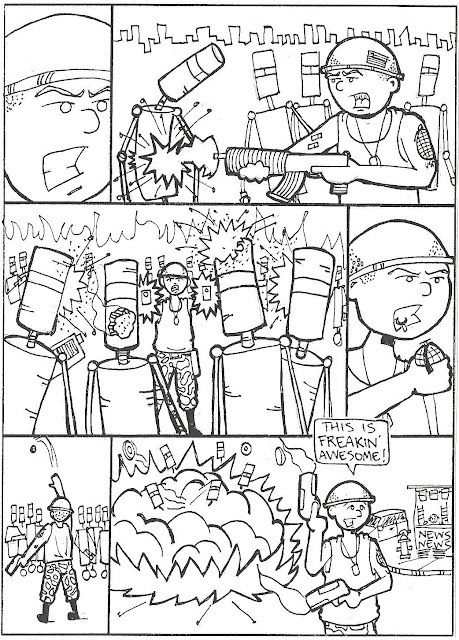 When superstar rapper Trik Erl Dub read page 8 for the first time he told me he didn't understand why Hell-Kitty apologized to Kojiro after she hit him with ninja stars. I figured that Hell-Kitty had respect for Kojiro as a fellow warrior and wanted him to know their fight wasn't personal. Like samurai and bushido and shit. But there's no reason the reader should know about their warrior's code. Or whatever. So, sorry everybody.
Logan fucking up some Destrobots is pretty cool.
In present day Monkey Squad One news: Issue 8 will be out on Wednesday, Nov. 23rd. I always feel like such a tool when I say stuff like "out" or whatever when it comes to describing when the next issue will be complete. It's not like it's coming back from the printers. When I'm done stapling. That's when the comic is "out".
Posted by DougMichel at 8:51 PM