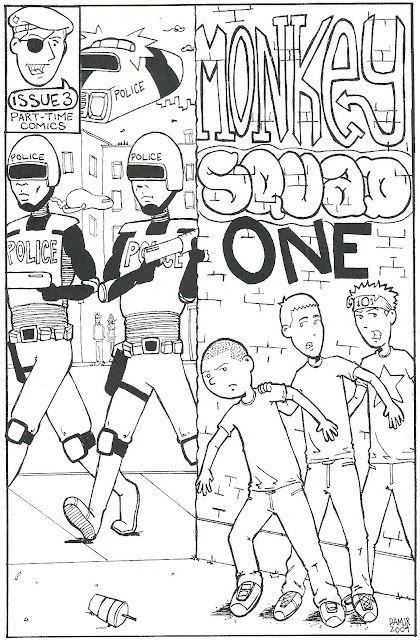 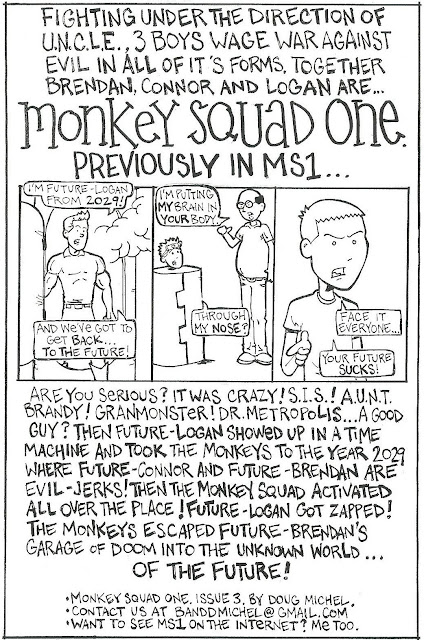 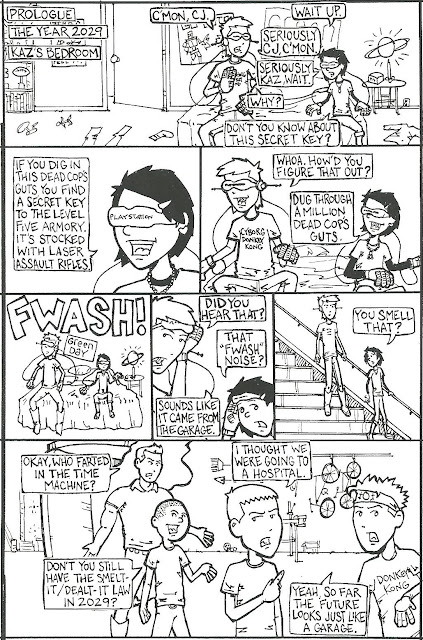 Issue 3 y'all!
I really want to point out how much the art improved between last issue and this one. But, the art gets so much better between 3 & 4 and then again between 4 & 5 that if I start with the horn tootin' now, we'll have nothing to talk about later.
And I drop the ball with backgrounds all over the place in this issue.
Anyway, I still like the cover to this one. Though I wish I would'a dropped the bullshit "Part-Time Comics" box on this issue instead of the next issue.
So, Kaz & CJ are the first totally fictional characters in MS1 (I guess the future versions of the team were fictional but I didn't make up their names or anything). They were a lot of fun to write and draw and I'm looking forward to having them back in Annual #2.
Sometime in 2013.
Thanks for reading. See you next week.