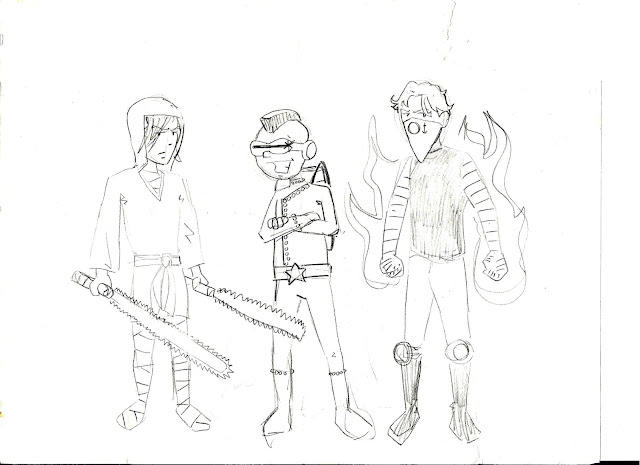 This was my first attempt at the new costumes that debuted in Issue #3. They're pretty much identical to the costumes I went with. I guess this isn't really an Issue #4 Special Feature but gimmie a fuckin' break. 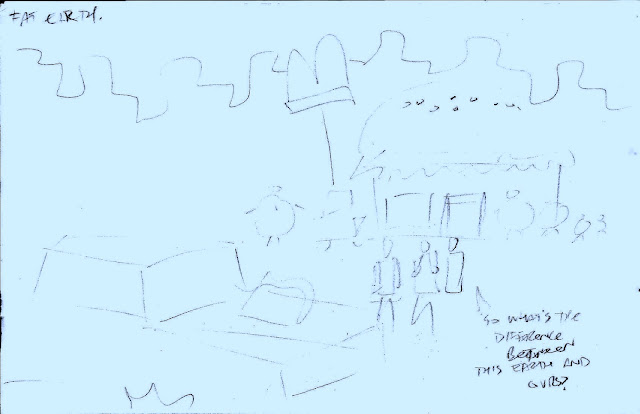 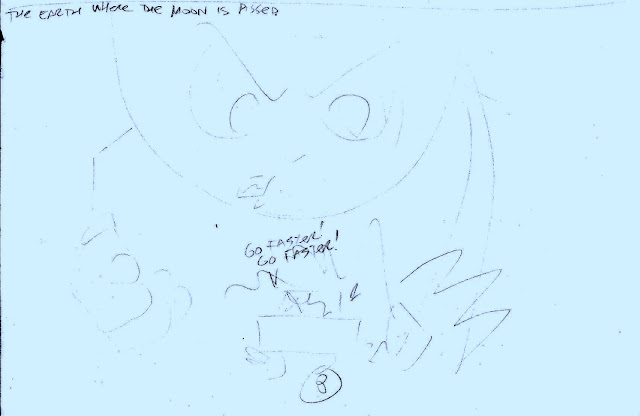 Page 8 storyboards. The dialogue is different in both panels than what ended up in the issue. I had plenty of better examples of that kind of stuff but the scanner didn't want to have anything to do with my faded sketches from 2 years ago. 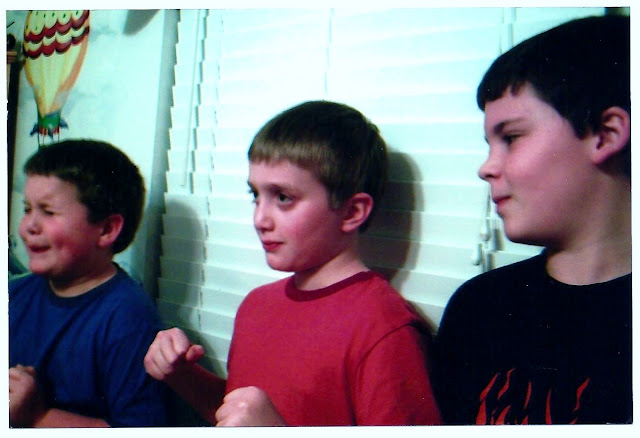 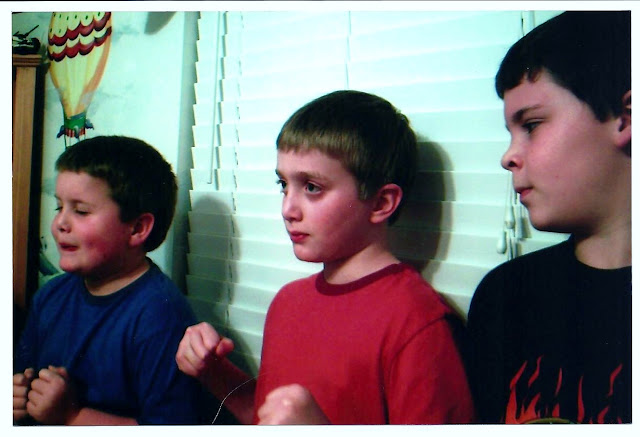 From left to right: Logan, Connor, Brendan.
Circa Christmas 2009.
In Monkey Squad One #4, the team travels to several alternate Earths. When I was writing this issue I wrote a scene that would involve sticking word balloons on the above pictures (and some others I can't find) and call it "Real-Life Earth."
Kind of like Bendis did in JINX.
I soon found out that producing a scene like that was far beyond my skill level and abandoned that shit for more poop jokes. 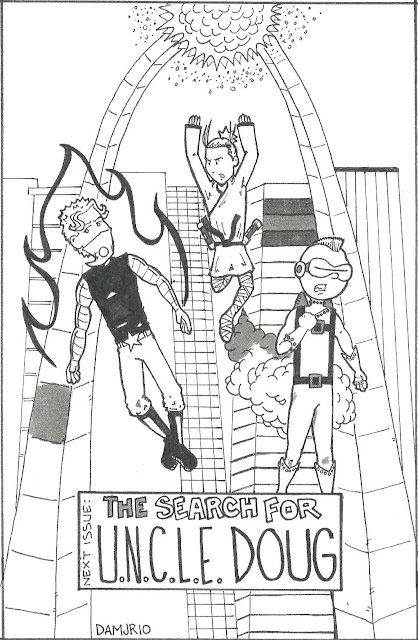 This was the original last page of Issue #4. It lacked all kinds of drama.
The 2nd attempt was better all around.

Also, the Next Issue box touts "The Search For U.N.C.L.E. Doug" which was changed to the much snappier "Family First"
Snappier than a motherfucker.

The gray color on the page is from when I first tried the markers I started using in 2011. I wanted to see how they worked on my art but didn't want to risk anything I'd use. So, fortunately for all of us, I never throw anything away... 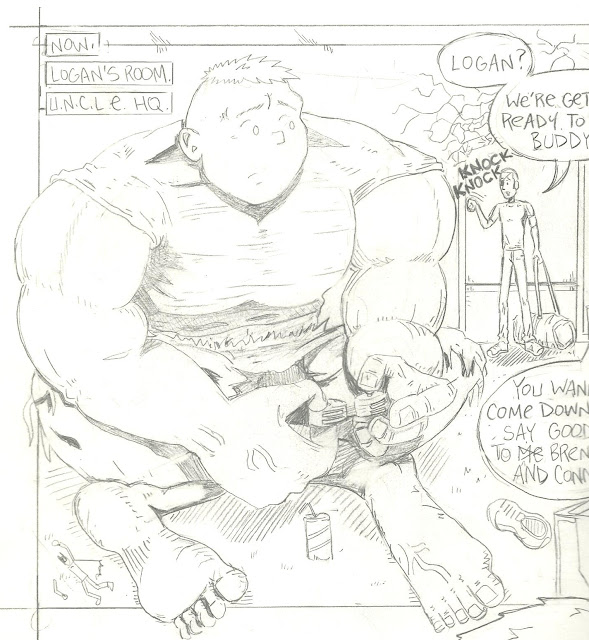 Fuck Yeah I drew that!

The world of self -published, super-hero mini-comics is about to get it's asshole punched right in the face when Monkey Squad One #10 is finished in July 2012!
If you don't email me at monkeysquadmailbox@gmail.com for your very own copy, you're fucking up.

NEXT WEEK!
MONKEY SQUAD ONE #5 BEGINS!﻿
Posted by DougMichel at 8:59 PM