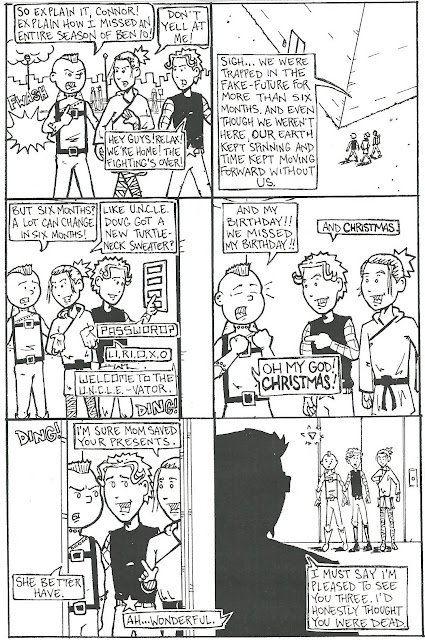 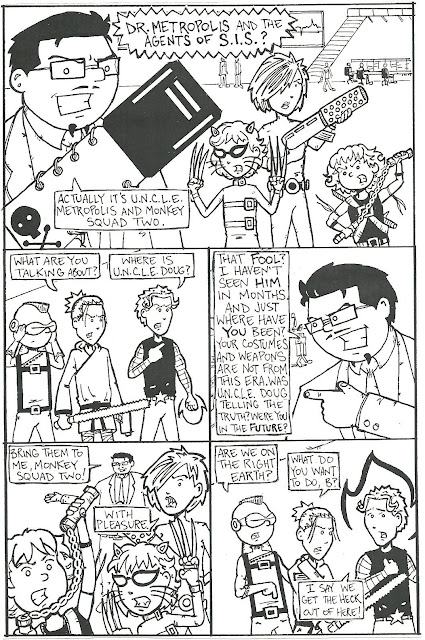 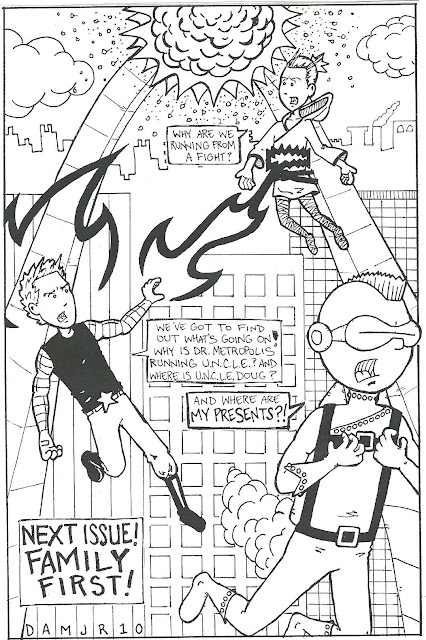 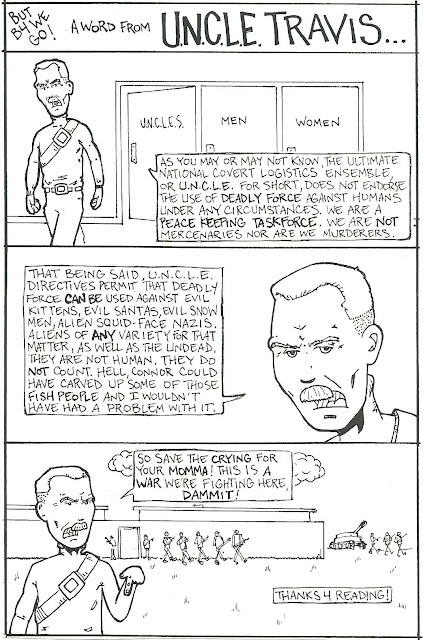 P.S.
I was complimented by a reader for my original view of time-travel. That time kept moving forward on our Earth while the boys were traveling through time.
I'll tell y'all like I told him... that shit is SO from Bill & Ted's Excellent Adventure.

Logan was a huge Ben 10 nut.
He's totally over it now.

The first time you ever hear about Connor & Logan being brothers is on page 14, when he says, "mom" not "your mom."

Dr. Metropolis has the Death Cannon last seen in Issue #2.

U.N.C.L.E. Travis' disclaimer page was an attempt to mollify my sisters because this issue had been way more violent than all the previous issues combined. Which is funny because this issue has NOTHING on the Zombie arc (#7-#9) which has all sorts of dismemberments and brain-eating.

NEXT WEEK: Issue #4 Extras!
Sketches and thumbnails and whatever other stuff I can find.
It'll be cool.
.
HollaHollaHolla!
﻿
Posted by DougMichel at 8:52 PM