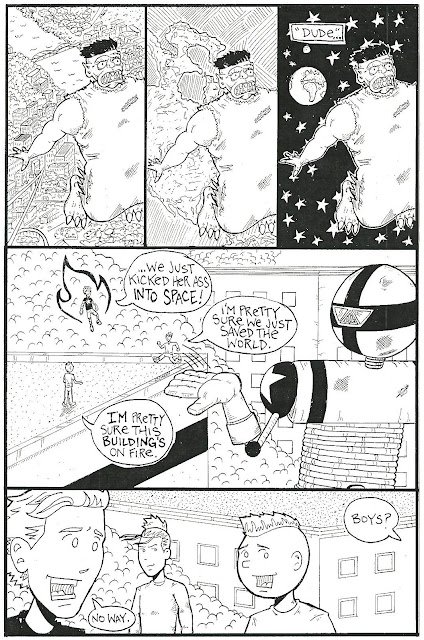 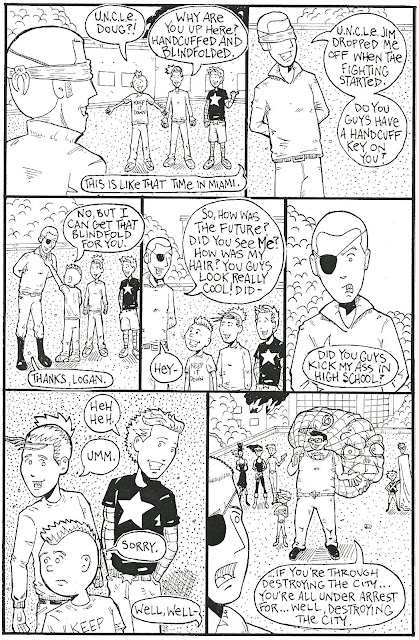 Hey everybody!
There's a lot to cover this week, so I'm just gonna jump right in...

The top 3 panels feature one of the only computer-made effects in all of Monkey Squad One.
The computer was a fucking copier at Kinkos, so don't believe for one second that you caught me in some hypocritical bullshit.
I drew the MegaGranMonster image, copied it twice, then cut and pasted the images over the backgrounds.
Moral Superiority sustained.

U.N.C.L.E. Doug asks about his hair in the future. Now, if you remember MS1 #3, the boys saw alternate future Doug and he looked like this in 2029: 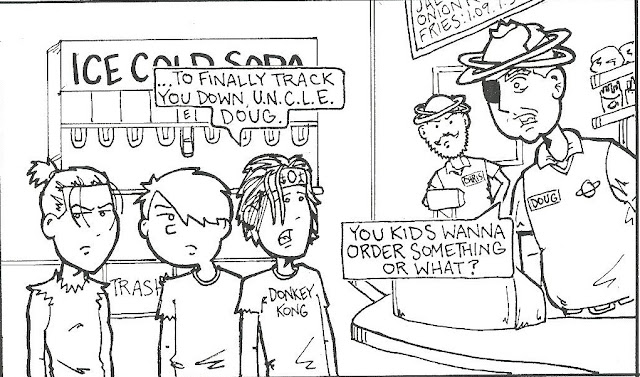 Also, if you remember back in MS1 #4, the boys ran across U.N.C.L.E. Doug back when he was a high-school senior: 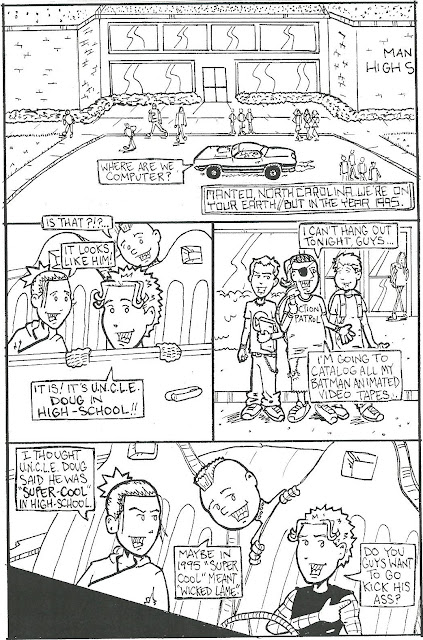 So, for those that have wondered for the last 2 issues, the boys DID kick high-school U.N.C.L.E. Doug's ass.

I hope to be able to draw that scene one day.

Before I wrap it up, I wanna tell you guys about the podcast I was recently interviewed on!
My buddies, twin brothers, James & Jason Ford invited me to chat with them on their show, The Womb Mates! They're fans of the comic and let me go on and on about Monkey Squad One and what it means to me.
If you want to hear the story behind the comic series, click over to http://www.thewombmates.com/ and check it out!

The story concludes!
Will Dr. Metropolis Re-arrest U.N.C.L.E. Doug and use Monkey Squad One as his own personal hit squad?

Fuck. That sounds awesome. I shoulda totally done that.
Posted by DougMichel at 8:01 PM