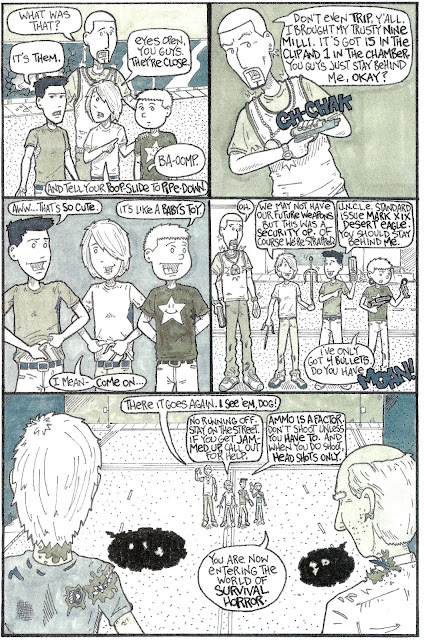 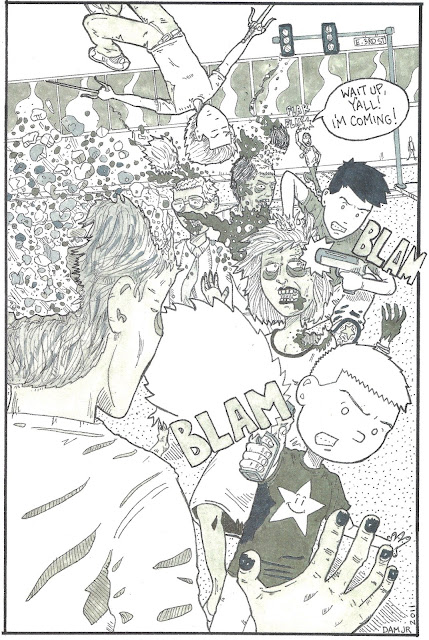 YOU ARE NOW ENTERING THE WORLD OF SURVIVAL HORROR!

Here's the deal:
Originally the boys were going to be unarmed in this scene & have to make weapons out of stuff they found.
I'd begun the pencils and was on page 9 when my nephews Brendan, Logan & Connor came over to spend the night. I showed them the new pages and told them the rest of the story when Logan asked "why wouldn't they have guns if they're supposed to be security for Trik-EZ?"

So thanks to that 9 year old we get this scene.

Where a bunch of Zombies get shot in the face.

"It's like a baby's toy" is from Back To The Future II. Or at least I paraphrased that shit.

That's all I got!

Posted by DougMichel at 8:36 PM