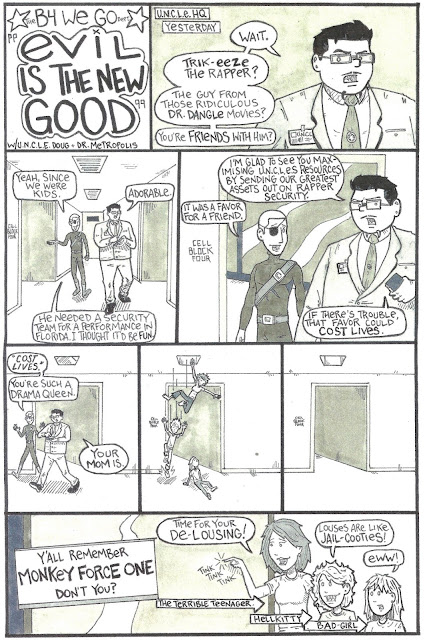 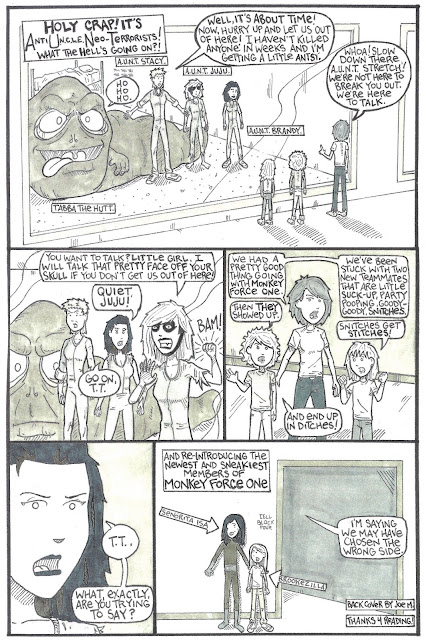 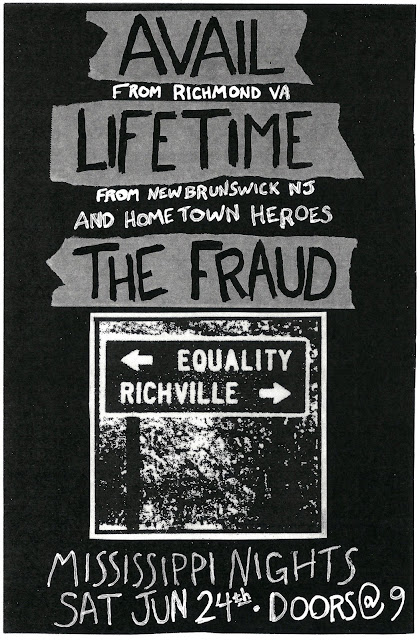 One of my favorite moves in comics is the thing where there's a big crazy reveal in an issue and then it isn't brought up again for several issues. It shows commitment to the story from the writer & also makes the reader feel like there's some foresight & planning going on.

Now when I did the scene above, I had no idea where I was going with it. I just knew I wanted the readers to think that T.T., Hell-Kitty & Bad-Girl were traitors & still allies of A.U.N.T.

Current readers know that this plot thread was partially resolved in issue #11. I was pretty proud of myself for successfully landing one of my favorite comic moves.

The flier that is the back cover was made by my best friend Joe Metro (who I've gone on & on about in previous posts). It's a flier for the show that opened the issue.
Duh.

NEXT WEEK:
The MS1 #7 Special Features!

Thanks for reading!
Posted by DougMichel at 7:53 PM