This issue was a whole lot of fun to make! I figured out how to put more of my best friends in my comic that was already full of friends & family. 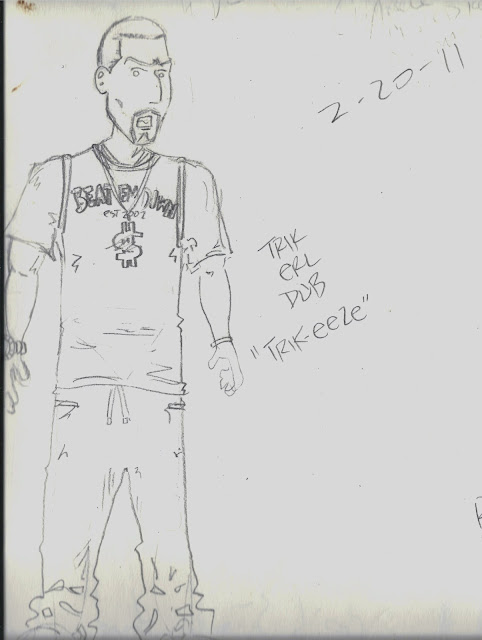 Here's a pic of the RL Trik-Eeze. Just for reference...AND FUN! 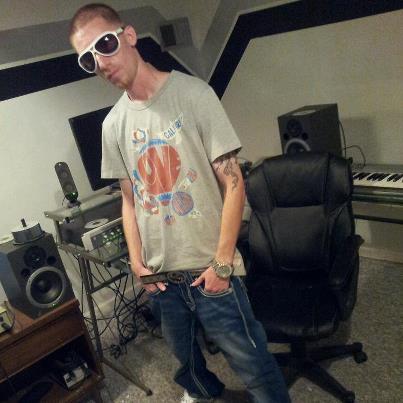 The original version of the cover stated "And you thought ZOMBIES were PLAYED OUT!" because The Walking Dead TV show was in it's 1st season & all of the sudden I felt like "someone" would think I was trying to capitalize on the popularity of zombies even though my zombie story was earnest & pure & true. So, I was gonna pull a classic me & point out my own faults before anyone else could.
In the end I decided that I would lose the tagline and just stand behind my story if it ever came up and of course it didn't because why would it? 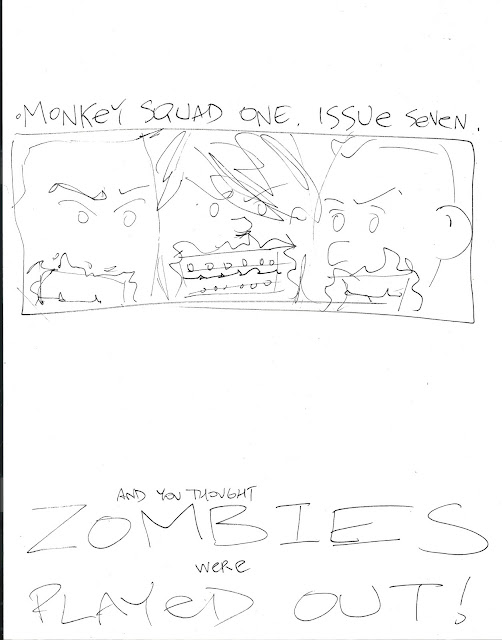 The following few pages are examples of my second/final draft pages for this issue. There are several panel & dialogue changes from these pages to the final comic. Most of those changes happen while I'm pencilling the actual comic page. 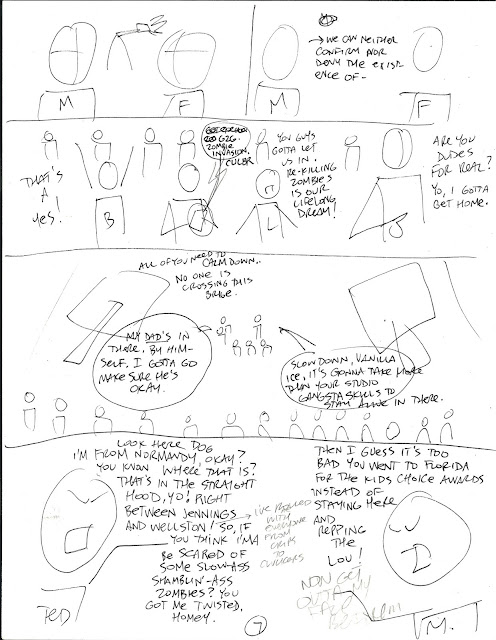 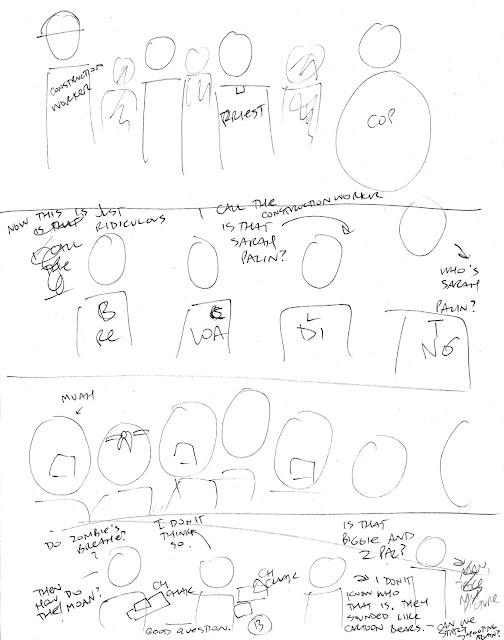 (I'm really glad I left that Sarah Palin joke out!) 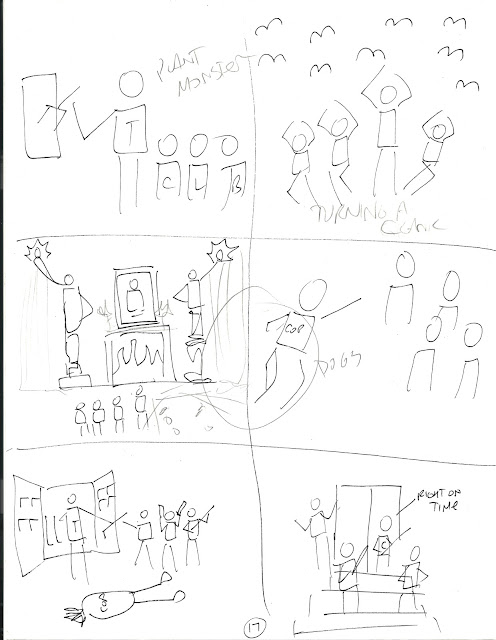 The following 5 pages are from the original draft of the comic & is totally a deleted scene.
Originally, the boys & Trik-Eeze were going to be weaponless. In the tradition of Survival Horror I was gonna have the gang find weapons on the battlefield. When I showed my nephews this draft at one of our many sleepovers, they told me it didn't make any sense that they would be acting as security for Trik-Eeze and not be armed at all.
And I was like duh.
So I rewrote the 2nd half of the comic, giving everyone guns because it just made more sense. But in the pages below they had to find/make their own weapons.

Also in the scene below is a cut plot line where the boys want to cuss since it's the end of the world. The joke was that they were shitty at swearing. I cut it because it took too long to explain.
Enjoy what almost was. 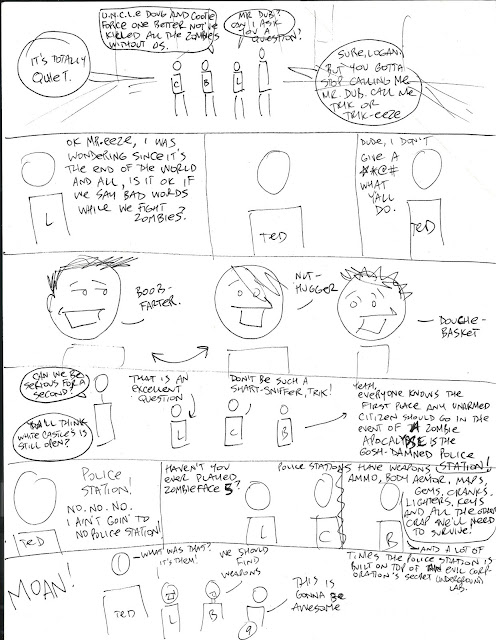 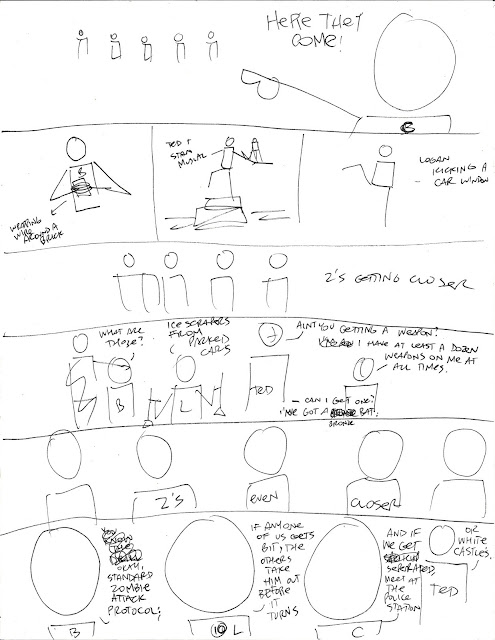 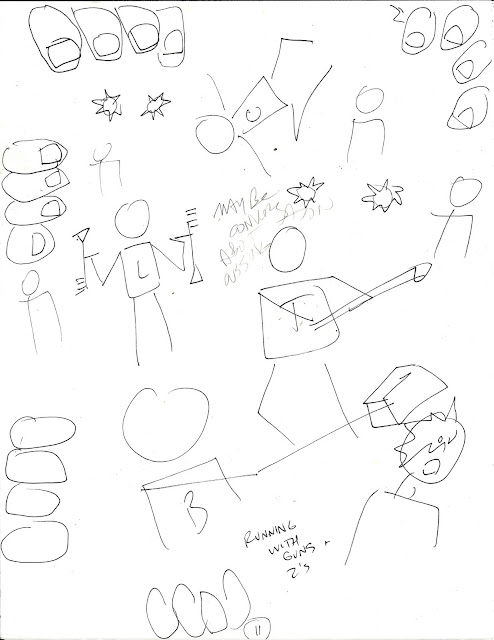 (I had the idea to draw zombie hands tearing through the page around the splash page & then thought it sounded difficult & stupid.) 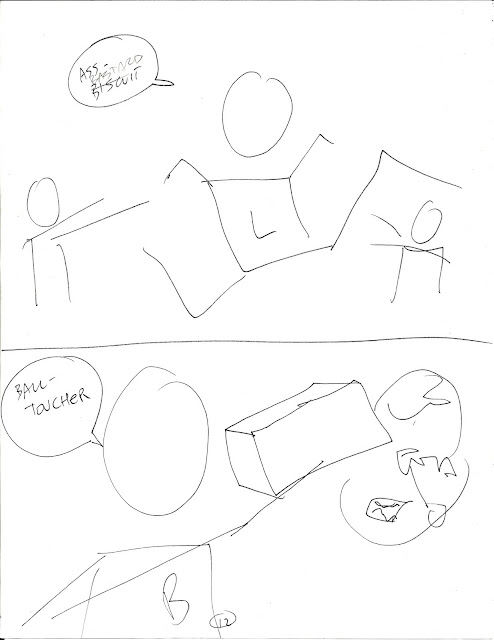 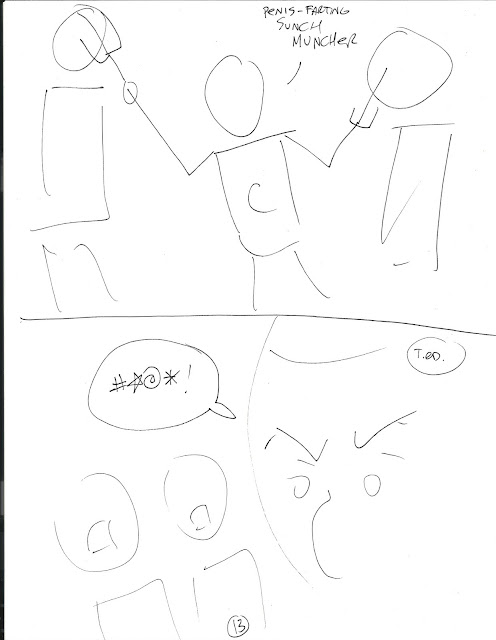 The following is the flier I made for this issue. It was the first of 2 fliers where I actually made new art outside of the pages of MS1. Which is something I really avoid because of my laziness.
I like this flier though. 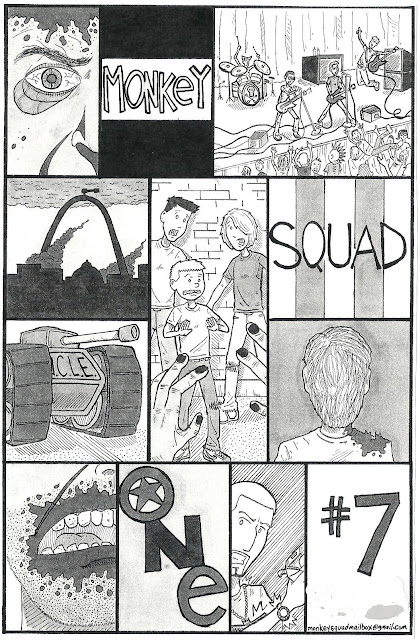