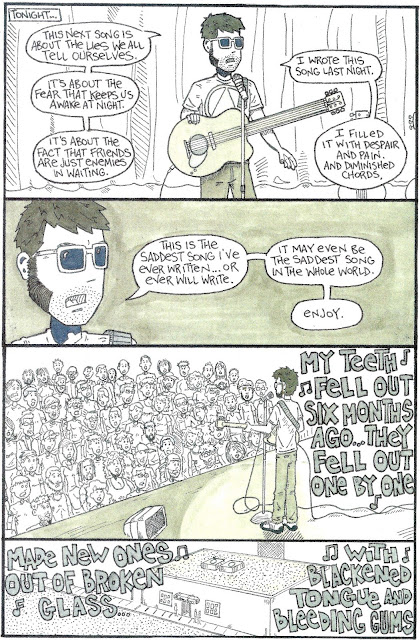 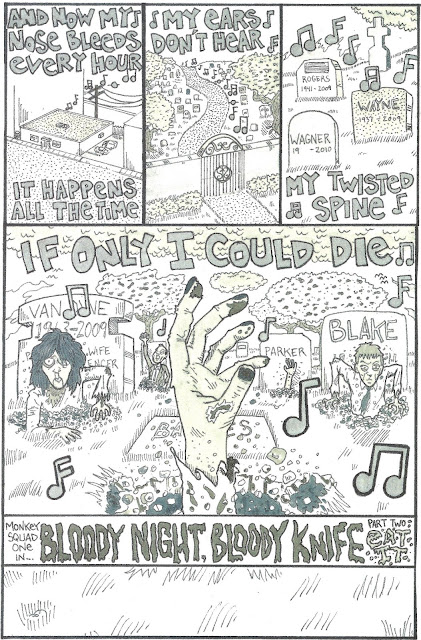 "The Saddest Song Ever" is real. It's a song I wrote back when me & Cletus were living together and writing songs.
But we'll talk more about that in issue #9.

The gravestones on this page are all marked with the names of dead superheroes at the time. Or superheroes that have been dead before.

The best part is that most of the superheroes that were "dead" when I made this comic have been brought back to life since then.

Posted by DougMichel at 4:55 AM