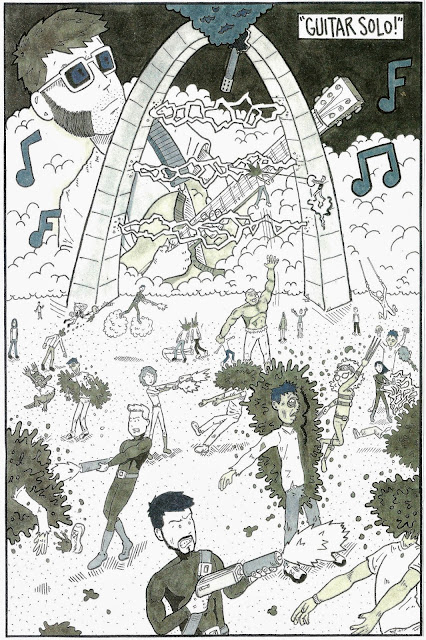 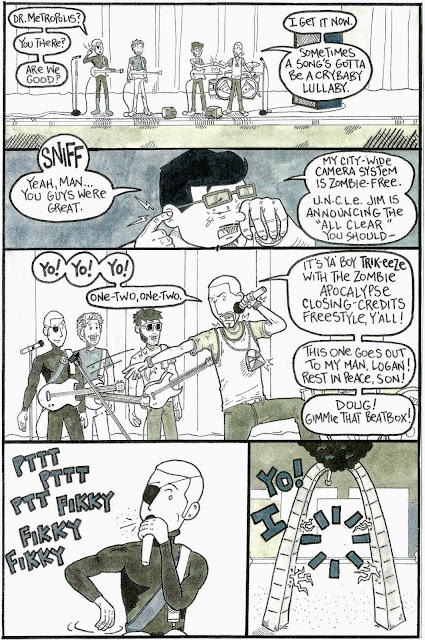 Having the opportunity to draw Cletus playing a guitar solo in the clouds totally made the entire zombie story worth doing. In fact, let me mention again that being able to include my Real Life friend, Cletus, in Monkey Squad One has been a highlight of my comic making experience.

I don't remember if I posted this before, but here's a video of Cletus singing "The Saddest Song Ever Written". Which is a song I wrote back in 2003 when me & Cletus played music together.

But when Trik EZ steals the mic & U.N.C.L.E. Doug starts beatboxing?
That shit still cracks me up!

Man it's much more fun doing these commentaries now that I'm not embarrassed of the art like I was a few issues back!