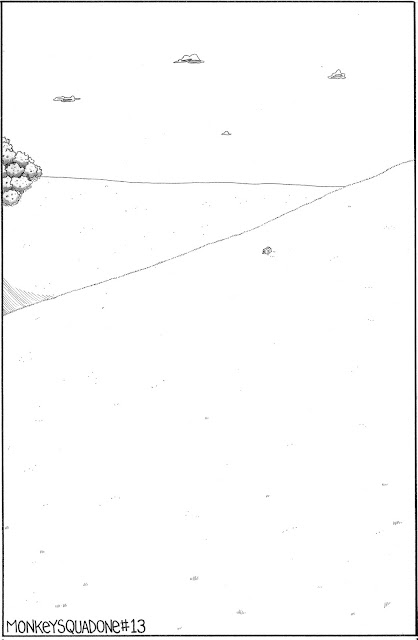 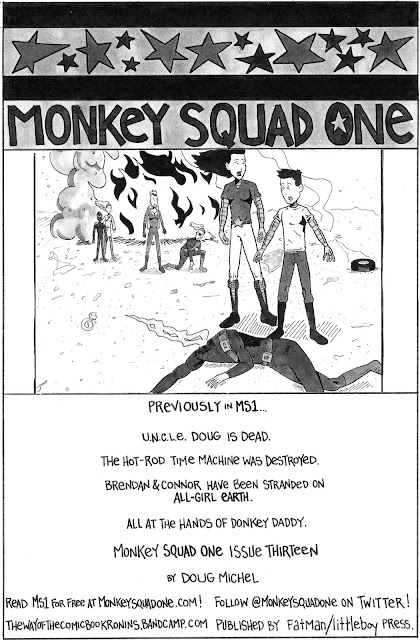 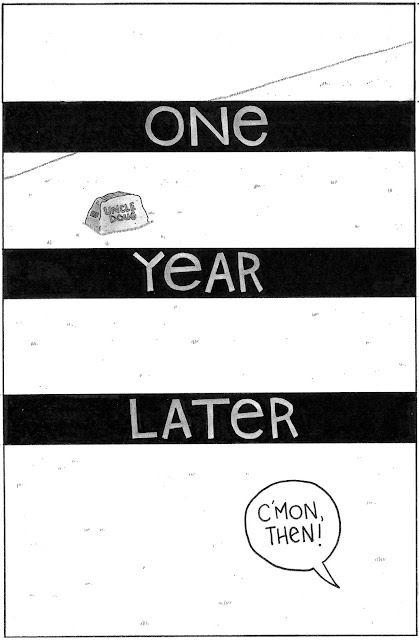 I mean, really it's been 11 months but ONE YEAR LATER is close enough!

Thanks for coming back for issue 13 of Monkey Squad One!

How about that cover? One reviewer said the thing in the middle looked like it might be a piece of shit. Another said the cover was some clouds and a couple of triangles (or something to that effect).

But as we find out on page 1, that piece of shit is actually U.N.C.L.E. Doug's headstone.

A little more on that next week.

I totally stole the ONE YEAR LATER bars for page one from Brian Bendis' ULTIMATE SPIDER-MAN which is statistically my favorite comic book of all-time.

ONE YEAR LATER was also one of my favorite DC events back in the day.

Posted by DougMichel at 8:39 PM