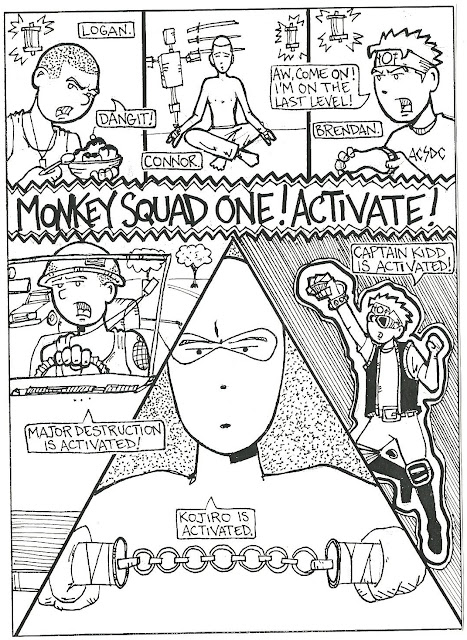 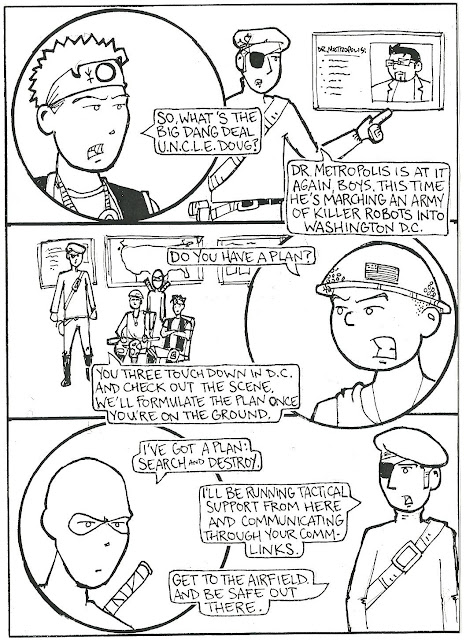 Naming super-heroes is not easy! When I was making all this up I knew I wanted Connor to be a ninja, Brendan was the super-hero and Logan, honestly, got stuck with Army-guy. But code-naming them was so fucking difficult! Kojiro means demon-sword (which I stole from Path of the Assassin), Captain Kidd was a pirate (I believe fictional) and if Major Destruction isn't already a character, then I'm positive Major Payne and Major Damage are. I used the codenames because it was the best I could do and I wanted to get the comic going. By the time I realized I'd do more issues, I regretted such cheesy codenames and all but abandoned them and they're related costumes by issue 3. The funny part is, I kinda like them now. Actually, in an upcoming issue, the boys will return to the old costumes and I'm really looking forward to it. Next week the boys head towards some action and I'll formally introduce y'all to Dr. Metropolis.
Thanks for reading!
Posted by DougMichel at 8:45 PM