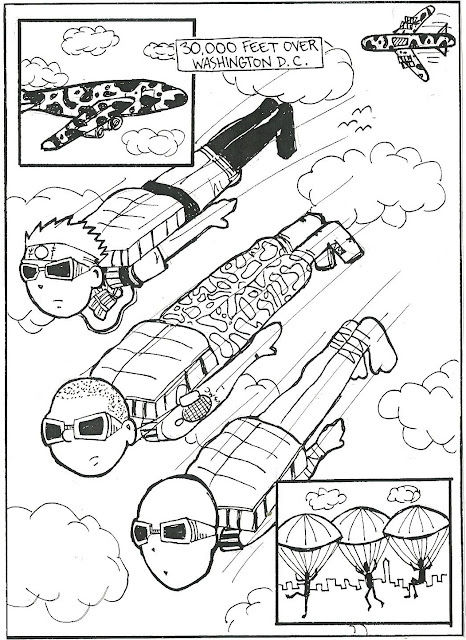 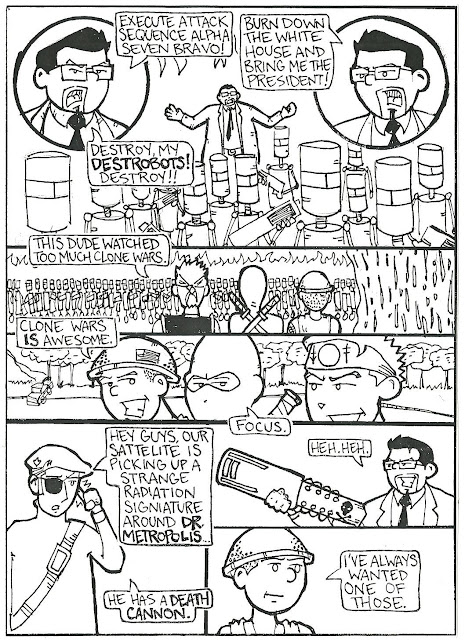 The original draft of the first issue had Monkey Squad One fighting Dr. Doom and Lex Luthor on the moon (how bad-ass would that shit be?). But I realized there was a villain more sinister, more diabolical (than a powder-blue Nissan Stanza) than them all... my real-life best friend Joe Metro. Unlike most other characters in MS1, Joe actually looks like his comic-counterpart. All I had to do was put the mother-fucker in a lab coat and he looked liked the super-villain he was born to be. Page 5 also has the first appearance of the Death Cannon.  Speaking of which, U.N.C.L.E. Doug uses the Death Cannon to re-kill zombies in the upcoming Monkey Squad One #8! It's as awesome as it sounds. If you don't want to e-mail me for a free copy, you can wait around here until 2013 when I reprint it on this blog. That is if the dumb-ass internet is even around in 2013 and we're not all in Matrix snot-cocoons. Thanks for reading.
Posted by DougMichel at 8:38 PM