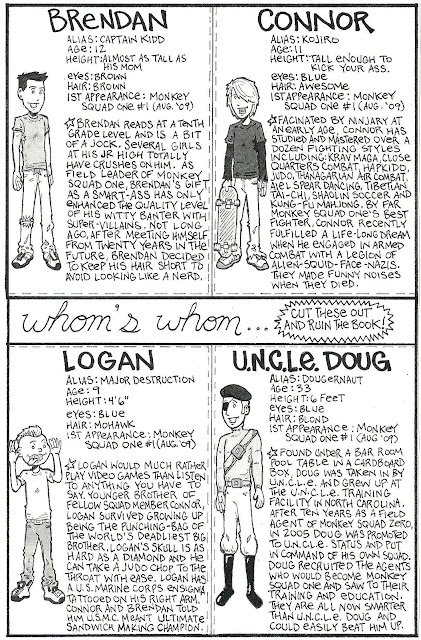 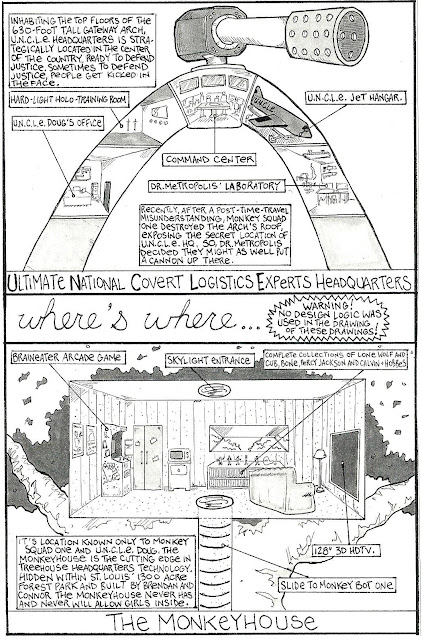 As a kid in the mid-80's I really loved DC's Who's Who series and the Official Handbook To The Marvel Universe series. Neither were traditional comics stories but instead secret files and statistics of super heroes and villains. They had origins and backstories, recaps of significant plotlines and shit like that.
It was wikipedia for superheroes before we had the internet.

Those comics rubbed that special spot in my little O.C.D. riddled brain that liked assigning rank to things and putting shit in order.

Anyway, I was using the Annual to make all my comic dreams come true, so I hooked it up with some stats & schematics for characters, locations and vehicles throughout the book.
It's one of my favorite things in the Annual and I'd really like to do updated bios on all the main characters for next year's Monkey Squad One Annual #2.

Posted by DougMichel at 8:31 PM