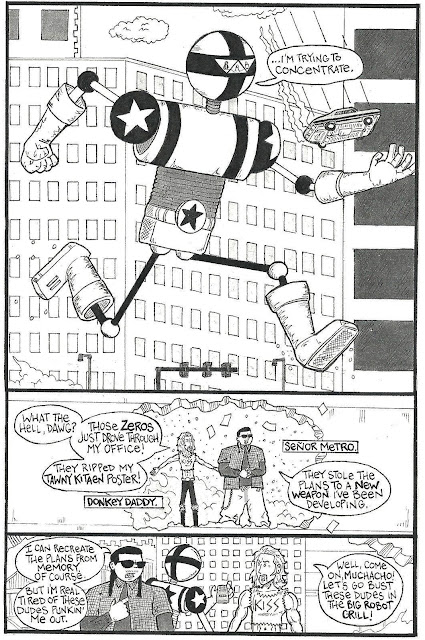 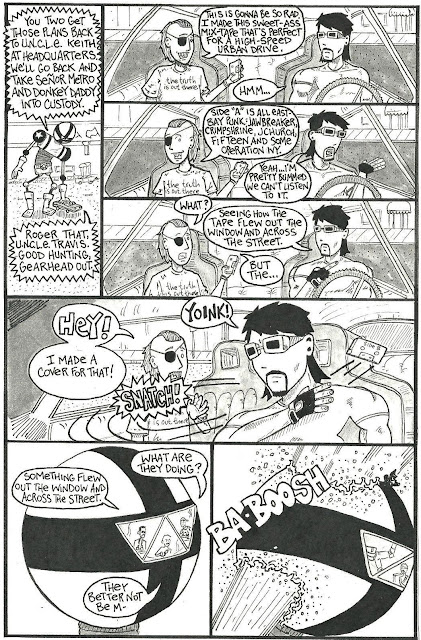 Dude!
This is some exciting shit!

This story also features the first time we see the Hot-Rod Time Machine on this Earth.
We've seen the HRTM before in issue 4, but that one was from an alternate dimension & had artificial intelligence.

Current readers found out a little bit more about THIS Hot-Rod Time Machine in issue #9.

Hyper-observant readers might remember the 2 previous appearances of Donkey Daddy.
For everybody else, he can be spotted in issues 3 and 5 ( here & here).

Donkey Daddy's story essentially begins here in this story.
But it's FAR from over.

Mixtapes were typically collections of songs recorded on primitive contraptions that held a ridiculously small amount of music.

Jawbreaker, Crimpshrine, J Church, Fifteen and Operation Ivy were some of my favorite bands in 1995.

I still listen to that stuff from time to time.

Thanks for reading!
Posted by DougMichel at 9:22 PM